Rafael Nadal has returned this week in Rome after a six-month coronavirus-enforced break before attempting to match Roger Federer's all-time record of 20 Grand Slam titles in Paris. 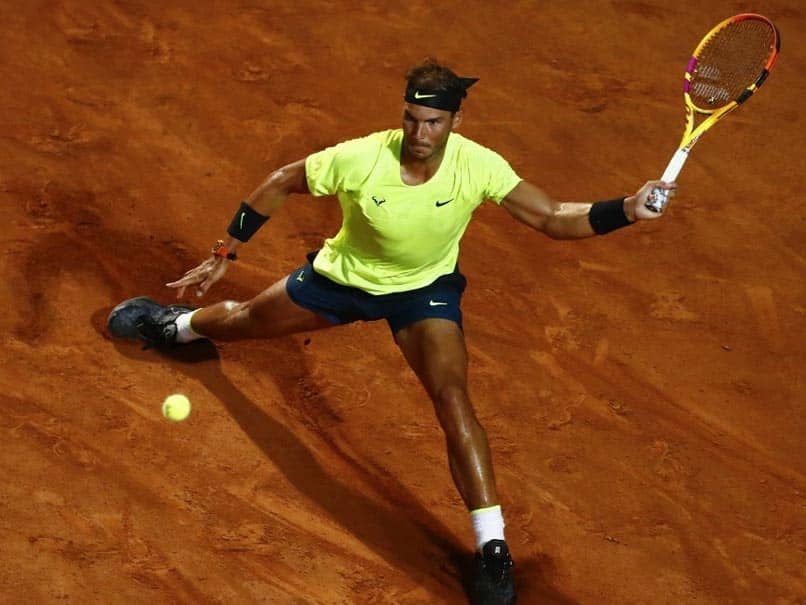 Rafael Nadal swept aside Serb Dusan Lajovic to reach the Italian Open quarter-finals on Friday as he warms up on clay before bidding to match the all-time Grand Slam record in Roland Garros. The world number two has returned this week in Rome after a six-month coronavirus-enforced break before attempting to match Roger Federer's all-time record of 20 Grand Slam titles in Paris. The 12-time French Open winner insisted he was not obsessed with matching Federer, absent until 2021 with a knee injury.

Lajovic had valiantly but vainly launched a fightback after trailing 4-0 in the second set to the Spaniard.

"I always say the same. I did all my career my way, and that's what I'm going to keep doing," he continued.

"I can't be all the time thinking about what Roger had or what Novak (Djokovic) or what the other... I know that you put a lot of attention on all of this.

"Of course I would love to finish my career with 25 (Grand Slams) but that's something that probably will not happen," he smiled.

"I'm going to keep fighting to produce chances, and then when I finish my career, let's see. I just want to keep enjoying tennis.

"And that's it. If I am playing well, I know I normally have my chances. If not, it's going to be impossible. That's it."

Nadal declared himself pleased with how his return was going after easing past fellow Spaniard Pablo Carreno Busta 6-1, 6-1 in his first match earlier in the week.

"I played at, I think, a very positive level of tennis. Of course it needs to keep improving.

"I need to keep working in a couple of things that things are not coming automatic.

"But I can't ask for more. Have been another great evening for me against another good opponent.

"Much better, not what I expected."

Nadal next meets Argentine eighth seed Diego Schwartzman, a player he has beaten in all nine of their previous meetings.

Nadal won his first Rome title back in 2005, and is bidding for a third consecutive crown on clay in the Italian capital and 10th in total.

Before this week he had not played since winning in Acapulco in February, opting to skip the US hard court tour.