Rafael Nadal lost a nail-biting deciding set to Milas Raonic as the Indian Aces went down to the Philippine Mavericks to end the International Premier Tennis League's Manila leg on a disappointing note. 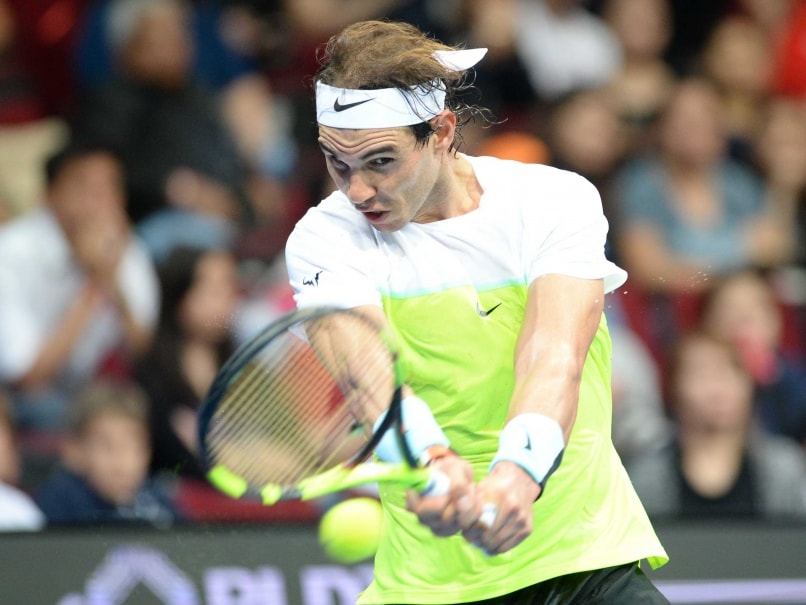 Rafael Nadal hits a return during his match against Milos Raonic.© AFP
Manila:

Â In a contest that went down to the wire, the Mavericks showed better nerves at the crucial moments and ended on a high when Serbian Milos Raonic won the fifth set after a monumental fight with Spain's Rafeal Nadal. (International Premier Tennis League: Rafael Nadal Helps India Aces Beat UAE Royals on Debut)

In the men's doubles, Ivan Dodig and Nadal brought the Aces back into the contest with a 6-4 victory over the combination of Richard Gasquet and Edouard Roger-Vasselin.

Indian pair of Rohan Bopanna and Sania Mirza gave the Aces a 2-1 lead when they sent the Filipino-American duo of Treat Huey and Serena Williams packing with a 6-3 win in the mixed doubles competition, which lasted 22 minutes.

Trailing after three sets, the Mavericks then relied on multiple-time Grand Slam winner, Serena Williams to get them back into the contest.

Serena showed once again why she is the top women's singles player in the world as the American took 25 minutes to register a resounding 6-3 win over Australian Samantha Stosur.

With the scores levelled, Nadal took the court against Raonic but the nine-time French Open champion failed to get his side across the line.

After a 37-minute battle, Raonic edged out Nadal 6-5 (7-6) in the decider as the Aces ended the Manila leg on a disappointing note.

Earlier, the UAE Royals defeated Singapore Slammers 26-23 in the first encounter of the day.

Comments
Topics mentioned in this article
Rafael Nadal Milos Raonic Serena Williams Sania Mirza Rohan Bopanna Samantha Stosur Richard Gasquet Tennis
Get the latest updates on T20 World Cup, check out the T20 World Cup Schedule and Live Score . Like us on Facebook or follow us on Twitter for more sports updates. You can also download the NDTV Cricket app for Android or iOS.