Pranjala as she joined Ankita Raina (direct entrant) and wildcards Karman Kaur Thandi and Rutuja Bhosale in the main draw of 32. 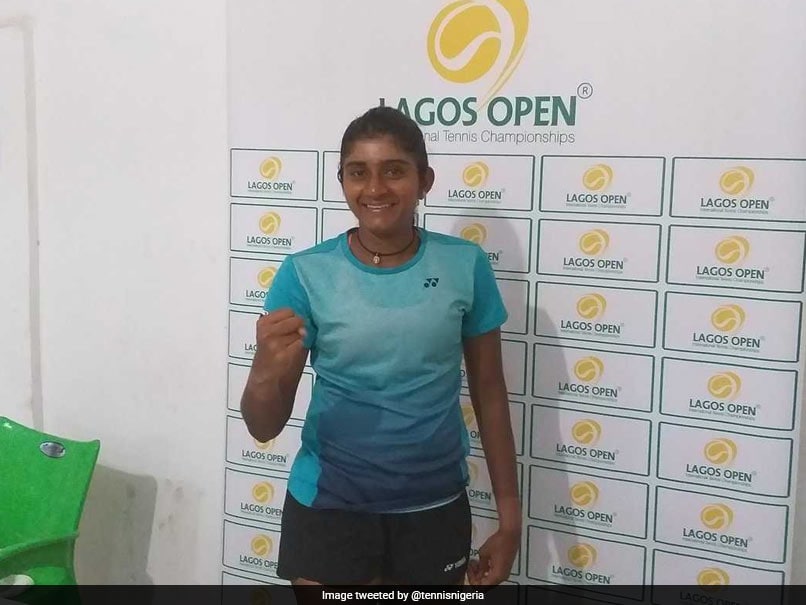 Pranjala Yadlapalli qualified for the main draw of a WTA tennis event for the first time in her fledgling career on Sunday. Pranjala outclassed her Georgian opponent Oksana Kalashnikova in straight sets in the second and final qualifying round match of the USD 125,000 Mumbai Open at the Cricket Club of India (CCI). The 19-year-old mass communications under-graduate from Hyderabad seeded third in the qualifiers aided by her ranking of 280 on the WTA circuit, needed one hour and 15 minutes to carve out a 6-4, 6-3 victory over Oksana, who is ranked a distant 9,999.

Last year, Pranjala lost to Ana Bogden, who would have got a direct entry into the main draw if she had not forgotten to send in her entry, in the first qualification round.

The tournament proper will commence on Tuesday after Monday's rest day introduced at the last moment to avoid the matches clashing with the fourth cricket ODI between India and the Windies to be played at the same venue - CCI.

Pranjala, who has shifted base to train in Bangkok, Thailand, under Australian coach Stephen Koon, has benefited with the move considerably in improving her ranking from 449 to 280 after winning back-to-back ITF 25,000 USD events in Lagos and Nigeria, coming into the WTA tournament.

Solid tie break from the Indian, who claims back-to-back titles in Lagos with 6-1 7-6 victory over Conny #Perrin!

"I am playing really well now and trying to adapt to the opponent's game. I have benefited from my three-month-old stint under Stephen Koon," said Pranjala, who had beaten the Swiss world No. 134, Conny Perrin, in both the ITF finals over the last two-three weeks.

In Sunday's match against the left-handed Oksana, Pranjala broke the 28-year-old Georgian rival's serve twice in the first set and four times in the second to emerge victoriously.

"Osaka was really solid and hitting the ball hard and making me work for points. I was trying to counter by hitting it hard and deep, besides making her move around the court," said Pranjala.