Svitolina has looked on a mission at the WTA Finals in an effort to make amends for a lackluster early exit last year. 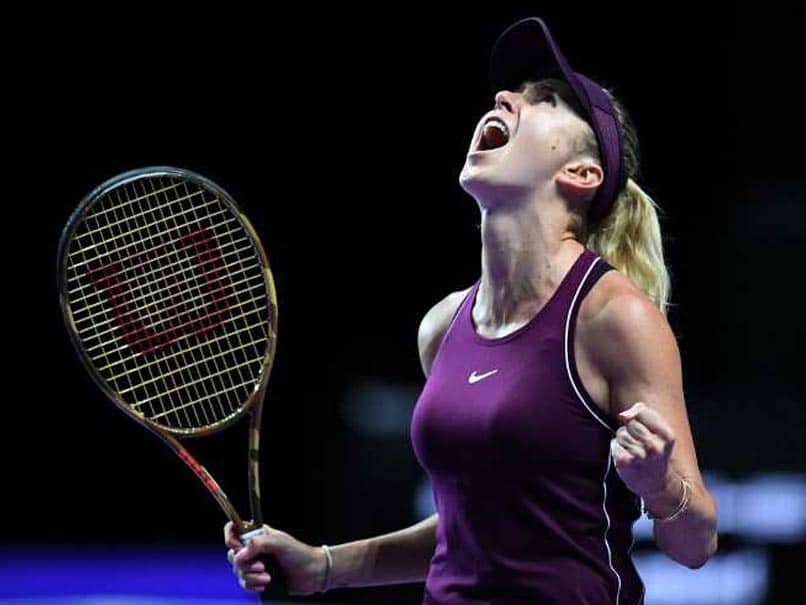 A determined Elina Svitolina overcame the relentless power of Kiki Bertens during a grueling semi-final in Singapore, continuing a dogged quest for her first WTA Finals triumph. The Ukrainian outlasted the world number nine 7-5, 6-7 (5/7), 6-4 in two hours and 39 minutes to book her spot in the final, where she will play Sloane Stephens or Karolina Pliskova. Svitolina has looked on a mission at the WTA Finals in an effort to make amends for a lackluster early exit last year. Her defensive prowess wore down Bertens, who blasted 41 winners but made 63 unforced errors.

It ended a fairytale run for Bertens, who only qualified days before the tournament when world number one Simona Halep withdrew from injury.

"I think physically I was a little bit stronger ... pushed myself a little bit more maybe mentally," Svitolina told reporters.

"I think only a few points decided the third set because we both were playing good tennis."

"I knew that I had to play that kind of game, but that comes also with a lot of mistakes," she said. "In the end she was just a more stable player."

The Dutchwoman looked to attack on return but couldn't make any inroads early and felt the heat on her own serve.

Svitolina broke in the fourth game but couldn't consolidate as Bertens lifted her intensity, crunching powerful forehands to dictate the rallies.

The world number seven fought her way back into the contest through her trademark steely defence and broke in the 12th to draw first blood.

Bertens doubled-faulted on set point, throwing her racquet in frustration after a first set riddled with 21 unforced errors.

After a chat with coach Raemon Sluiter at the changeover, Bertens regrouped and broke Svitolina in the opening game of the second set.

She mixed power from the baseline with deft drop shots to rattle the 24-year-old.

Bertens was on the brink of levelling it up at 40-0 in the 10th game but cracked under the pressure.

The 26-year-old recovered in a tense tie-break to force a decider and the twists continued in a pulsating third set.

Svitolina was unable to consolidate the break in a marathon 13-minute second game but hit back immediately against Bertens' erratic serve, becoming the first ever Ukrainian to qualify for the decider.

Comments
Topics mentioned in this article
Elina Svitolina Kiki Bertens Tennis
Get the latest updates on India vs England Series, India vs England , live score and IPL 2021 Auction . Like us on Facebook or follow us on Twitter for more sports updates. You can also download the NDTV Cricket app for Android or iOS.