Mahesh Bhupathi had earlier said that this will be India's best chance to beat Italy in the qualifiers. 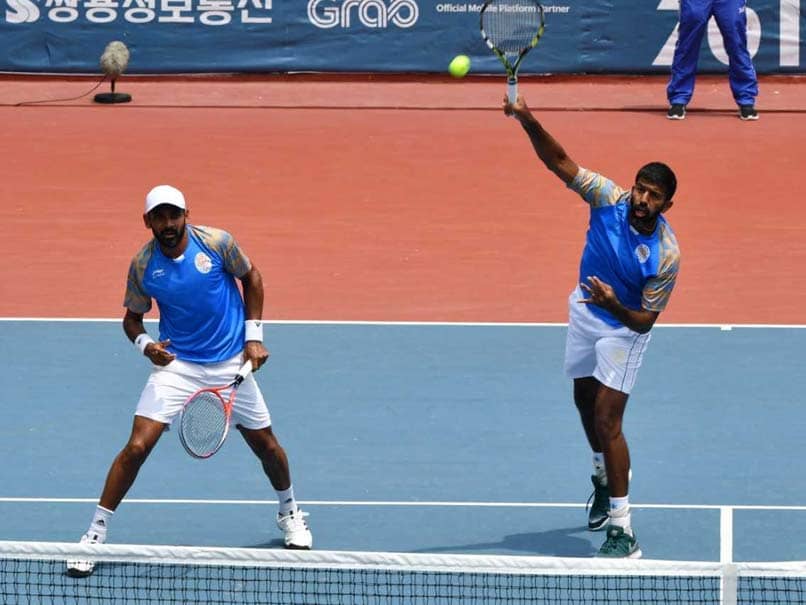 Divij Sharan has been included in the Indian team.© AFP

The All India Tennis Association (AITA) announced India's teams for the Davis Cup clash against Italy and also for the Fed Cup. According to a release by the AITA, India will host Italy for the Davis Cup World Group qualifier tie at the Calcutta South Club from February 1, 2019. While the Fed Cup Asia/Oceania Group event will take place in Astana, Kazakhstan in February.

For the Davis Cup, Divij Sharan has been included in the Indian team. Along side Sharan, veteran Rohan Bopanna, Saketh Myneni, Ramkumar Ramanathan and Sasi Kumar Mukund are the other players included in the team.

Davis Cup non-playing captain Mahesh Bhupathi had earlier said that this will be India's best chance to beat Italy in the qualifiers for the finals as they are playing on grass.

India have had a recent spate of positive results on grass and Bhupathi feels that will hold them in good stead in the two-day tie.

Ramkumar Ramanathan finished as the runner-up in his first final on the ATP World Tour, a grass court tournament in Newport earlier this year while Prajnesh stunned World No.23 Dennis Shapovalov on the grass in the opening round of the Stuttgart Open.

The Italians, led by world No 13 Fabio Fognini are superior to India on hard and clay courts but India would be looking to repeat their 1985 heroics when they got the better of Italy in the World Group first round.

Vishal Uppal will be the captain of the Fed Cup team with Ankita Bhambri named as the coach.

Comments
Topics mentioned in this article
Rohan Bopanna Mahesh Bhupathi Divij Sharan Tennis
Get the latest updates on IPL 2021, IPL Points Table , IPL Schedule 2021 , live score . Like us on Facebook or follow us on Twitter for more sports updates. You can also download the NDTV Cricket app for Android or iOS.