In U.S. Open Women's Semifinals, 2 Players Are in a New Setting

This U.S. Open has two final-four debutantes in Peng Shuai and Ekaterina Makarova. 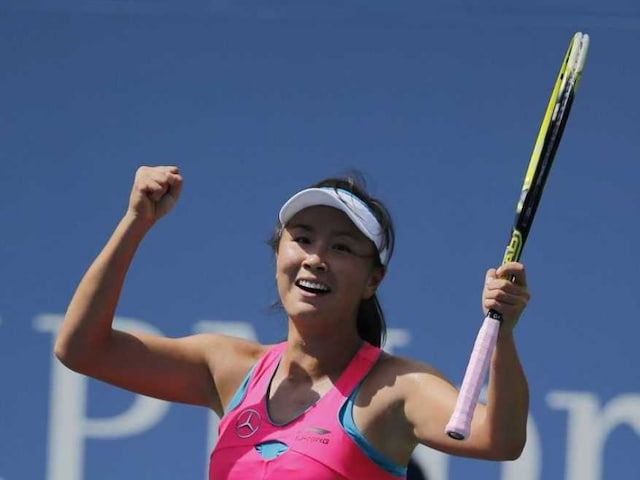 For the sixth straight Grand Slam event, a woman will be in the semifinals of a major for the first time. This U.S. Open actually has two final-four debutantes in Peng Shuai and Ekaterina Makarova.

The women's semifinals will be played Friday, beginning around 1:45 p.m. Eastern on CBS.

Peng, who reached the No. 1 ranking in doubles this year, has blasted her way through the draw with power off her two-handed forehand and two-handed backhand. She has balanced her aggression with remarkable precision. In her quarterfinal victory over Swiss teenager Belinda Bencic, Peng hit 24 winners and had only seven unforced errors. Peng had been overshadowed by the pioneering excellence of her Chinese compatriot Li Na in recent years, but with Li missing this tournament with a knee injury, Peng has emerged as a more than capable understudy.

Peng will again be the aggressor as she takes on Wozniacki, who has added more punch to her game this summer but will probably let her speed do most of the work against Peng. This is Wozniacki's fifth Grand Slam semifinal; her lone win came the other time she faced an unseeded opponent, Yanina Wickmayer, at the 2009 U.S. Open. Like her former fiance, Rory McIlroy, who has won the last two men's majors in golf, Wozniacki has had incredible results since their breakup in May, compiling a 24-6 record. Ekaterina Makarova celebrates after winning a point against Victoria Azarenka in US Open Quarters.

Makarova, who won a Grand Slam quarterfinal on her fifth try Wednesday, beating two-time U.S. Open finalist Victoria Azarenka, has established herself as a reliably dangerous player on the Grand Slam level. She upset Williams in the fourth round of the 2012 Australian Open, although Williams was dealing with an injured ankle. Williams avenged that loss at the U.S. Open that year, but she always brings a special intensity against players who have beaten her. Since the start of 2012, Williams is undefeated at majors against players she has previously lost to at majors.

Williams will be well prepared for the left-handed Makarova, having played lefties twice already in this tournament. Williams even got a sneak peek at Makarova in the doubles quarterfinals, in which she and her sister Venus lost to Makarova and Elena Vesnina in straight sets. But Williams, the defending champion and the only major winner among the semifinalists, has looked untouchable in singles, not losing more than three games in any set.

Comments
Topics mentioned in this article
Ekaterina Makarova Shuai Peng Tennis
Get the latest Cricket news, check out the India cricket schedule, Cricket live score . Like us on Facebook or follow us on Twitter for more sports updates. You can also download the NDTV Cricket app for Android or iOS.