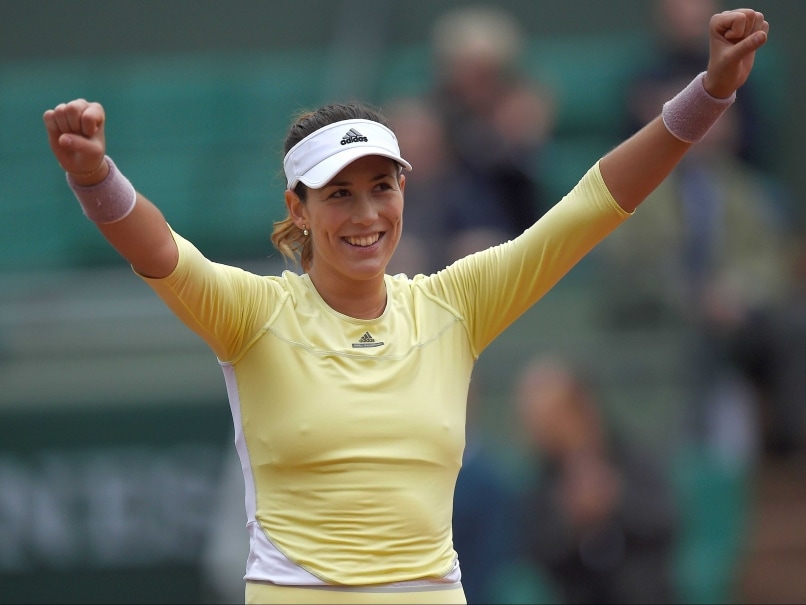 Garbine Muguruza and Samantha Stosur set up a semi-final clash at the French Open on Wednesday, while defending champion Serena Williams brushed aside concerns about a busy playing schedule in Paris.

Muguruza, last year's Wimbledon runner-up, had reached the quarter-finals on her last two visits to Roland Garros but went a step further after ending the surprise run of American Shelby Rogers 7-5, 6-3.

The 22-year-old will face Stosur for a place in the final after the Australian 21st seed, runner-up six years ago, overcame Tsvetana Pironkova of Bulgaria 6-4, 7-6 (8/6).

"I respect all the players, and especially all the players who have made deep runs in the tournament. I respect them. I'm not frightened. I'm not scared. I'm business, of course, but I wish I could reach a final. Why not?" said Muguruza, who lost to Stosur in three sets in Madrid in their only previous meeting two years ago.

Former US Open champion Stosur matched her best run at a Grand Slam since reaching the last four in Paris in 2012.

Earlier, Serena Williams powered into the last eight for the 10th time after pulverising 18th seed Elina Svitolina of Ukraine 6-1, 6-1 in just over an hour on Court Philippe Chatrier.

But the world number one, who next plays Kazakhstan's Yulia Putintseva, faces the challenge of playing four matches in four days in her pursuit of a record-equalling 22nd Open era Grand Slam title.

"Four in a row? I think for us...when we play regular tournaments you play four, five matches in a row. It's what happens," said Williams.

"In Rome I played four in a row? Five? I don't know. But, you know, in Miami and Indian Wells you just play every day. It's something you just get used to. It's totally fine I think for me and for everyone."

Swiss eighth seed Timea Bacsinszky dumped out Venus Williams 6-2, 6-4 to rule out the prospect of the two American siblings meeting in the semi-finals.

Bacsinszky, who reached the semi-finals in Paris a year ago, reeled off nine of 10 games after trailing 0-2 in the first set to lay the foundation for her victory.

"If I could play here every day of my life, I would do it," said Bacsinszky, who will meet unseeded Dutchwoman Kiki Bertens next.

"Being in a quarter-final in a slam is like every player's dream. Like some have achieved it way more times than others, but for me it's my third.

"I still sometimes cannot believe it, especially if you have a great win over such a good player."

The world number 58, conqueror of Australian Open champion Angelique Kerber in the first round, has now won 11 straight matches after arriving in Paris fresh from lifting the Nuremberg clay-court title as a qualifier.

Putintseva, 21, the youngest player left in the draw, extended her best run at a major with a 7-5, 7-5 victory over Spanish 12th seed Carla Suarez Navarro.

"I think I have been always playing well. It's just in last few years I had some troubles with like sometimes fitness, sometimes my game that I have to change a little bit in the more aggressive way.

"But I think it's just the moment came and now I'm playing better in this tournament," said Putintseva, the world number 60, who was beaten in straight sets by Serena at Indian Wells this year.

"She's a legend. I'm just gonna go there and show my game, show my best, and we'll see what's going to happen.

"Like I have nothing to lose obviously against her. Yeah, I'm just gonna go and play. What else can I do?"

Comments
Topics mentioned in this article
Garbine Muguruza Samantha Stosur Tennis
Get the latest updates on IPL 2021, check out the IPL 2021 Schedule and Indian Premier League Live Score . Like us on Facebook or follow us on Twitter for more sports updates. You can also download the NDTV Cricket app for Android or iOS.