After the basketball game between Miami Heat and Indiana Pacers on Friday night, Caroline Wozniacki posted a photo on her Twitter feed showing her and Serena Williams posing with Miami Heat's Greg Oden.

Serena Williams and Caroline Wozniacki found a way to while away the time after their quick exits from the French Open: the NBA playoffs. 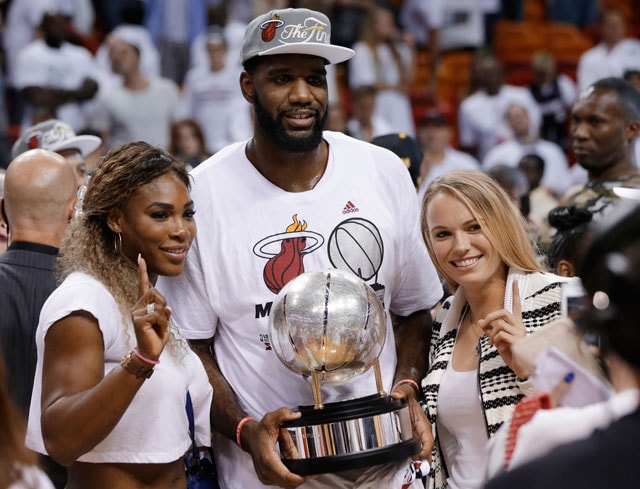 The WTA's current No. 1 and former No. 1 went from Paris to Miami and attended Game 6 of the Eastern Conference playoffs, seeing the Heat beat the Indiana Pacers 117-92 to return to the NBA Finals for the fourth consecutive year.

After the basketball game Friday night, Wozniacki posted a photo on her Twitter feed showing her and Williams posing with Miami's Greg Oden.

No word yet on whether LeBron James might head to Wimbledon to watch Williams and Wozniacki once his season concludes.