Rafael Nadal registered a 6-1, 6-2, 6-4 victory over German qualifier Yannick Maden to continue his bid for a 12th Roland Garros title. 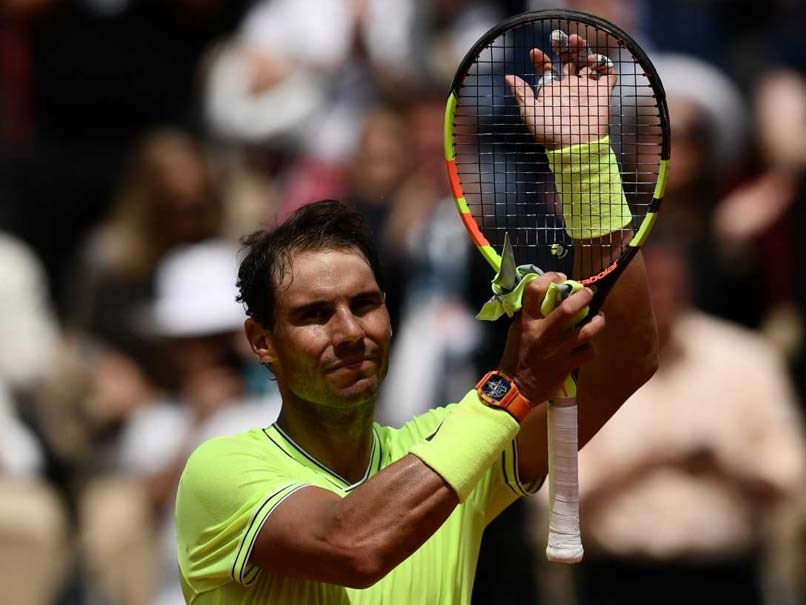 Roger Federer breezed into the third round of the French Open for the 15th time on Wednesday by seeing off German lucky loser Oscar Otte, while 11-time champion Rafael Nadal and Stefanos Tsitsipas also progressed, but women's contender Kiki Bertens retired with illness. The 37-year-old Federer held off a persistent world number 144 Otte, saving all four break points he faced in a 6-4, 6-3, 6-4 win on Court Philippe Chatrier. Next up for the 20-time Grand Slam title winner is a clash with Norway's Casper Ruud who put out Italian 29th seed Matteo Berrettini 6-4, 7-5, 6-3.

"The Grand Slams are incredible. You can meet a player who qualified who (you) have not heard of before," said Federer, who last played at Roland Garros in 2015.

"It was difficult, he really played a great match."

Federer's only French Open trophy came in 2009, and 10 years on he faces a daunting task to grab a second, potentially needing to beat Tsitsipas, Nadal and world number one Novak Djokovic in order to come out on top.

He was on his game against Otte, though, breaking once in each set and serving strongly.

Nadal continued the strong start to his bid for a record-extending 12th title with a comfortable victory over German qualifier Yannick Maden.

"He (Maden) is a good player. He had already won four matches so was full of confidence," said Nadal, whose Roland Garros win-loss record now reads an incredible 88-2.

"For me it was an important victory."

The Spaniard wasted little time in wrapping up the first two sets on Court Suzanne Lenglen.

Maden may have briefly allowed himself to dream of an outrageous upset when he twice broke to level at 3-3 and then 4-4 in the third set, but Nadal put him back in his place with two quick games to seal victory.

Nadal appears to be hitting form at just the right time, after following three consecutive semi-final defeats on clay with the Italian Open title before arriving in Paris.

He finished the match with 43 winners against just 23 unforced errors.

Bertens 'shaking and no enegry'

The 27-year-old, one of the favourites for the tournament, complained of shaking and a lack of energy before calling it quits, leaving Kuzmova with a third-round clash against either Britain's Johanna Konta or American Lauren Davis.

Greek star Tsitsipas did not have things all his own way against Bolivia's Hugo Dellien on Court Simonne Mathieu, but managed to grind out a 4-6, 6-0, 6-3, 7-5 victory on his fourth match point.

The sixth seed, who beat Federer en route to the Australian Open semi-finals earlier this year, will take on Serbia's Filip Krajinovic in his maiden appearance in the third round.

"Once I got myself into the right mindset, things seemed to flow my way," said 20-year-old Tsitsipas. "And from there, winning the set 6-0 was good confidence boost for me."

Elsewhere on Wednesday, 2015 champion Stan Wawrinka showed that he can not be ruled out of contention with an impressive 6-1, 6-4, 6-0 success against in-form Chilean Cristian Garin.

The Swiss will play either Bulgaria's Grigor Dimitrov or former US Open winner Marin Cilic next.

Ukrainian Elina Svitolina will face 2016 champion Garbine Muguruza in the third round after the ninth seed's compatriot Kateryna Kozlova pulled out of the tournament before their match with a viral infection.

Spain's Muguruza, seeded 19th this year, eased to a 6-4, 6-1 victory over Swede Johanna Larsson to advance.

The former US Open champion, who lost to Simona Halep in the 2018 French Open final, will play Slovenia's Polona Hercog next after she edged out American Jennifer Brady 6-3, 6-7 (8/10), 6-4.

Seventh seed Stephens has now reached at least the third round at Roland Garros on each of her last seven visits to the French capital.

Comments
Topics mentioned in this article
Rafael Nadal Tennis
Get the latest updates on Fifa Worldcup 2022 and check out  Fifa World Cup Schedule, Stats and Live Cricket Score. Like us on Facebook or follow us on Twitter for more sports updates. You can also download the NDTV Cricket app for Android or iOS.