Ankita Raina will next face Japan's Kurumi Nara in the second round of French Open qualifiers. 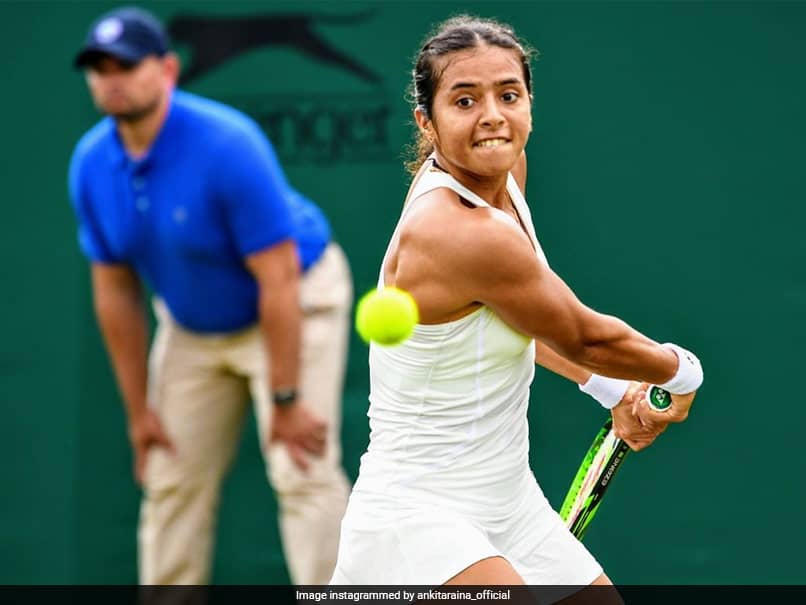 India's Ankita Raina progressed to the second round of the French Open qualifiers with a hard-fought win over Jovana Jovic on Tuesday but Ramkumar Ramanathan's bid to qualify for his maiden Grand Slam singles main draw fell flat. In a marathon two-hour 47 minute contest, Ankita prevailed 6-4 4-6 6-4 against the Serbian. The 27-year-old Indian won 106 points to 100 of her rival. It was the first meeting between the two players since 2014 when Ankita had lost to Jovic in Anning on clay courts.

Ankita will next take on Japan's Kurumi Nara, seeded 22nd. Ankita has not gone beyond the second round at the Grand Slam qualifiers and needs to win two more matches to make it to the main draw. No Indian woman has played in the singles main draw of a major since Sania Mirza competed in the 2012 Australian Open. In the men's singles, Ramkumar bowed out after a straight set defeat against French wild card Tristan Lamasine.

The Indian Davis Cupper, ranked 198, lost 5-7 2-6 to lower-ranked Lamasine in one hour and 27 minutes on Monday. The Frenchman is placed 268 on the ranking chart. The 25-year-old Ramkumar was profligate as he squandered as many as seven of the eight breakpoints he earned. He lost his serve four times in the first round contest.

The country's top singles player Sumit Nagal has already exited and now Prajnesh Gunneswaran is the lone Indian left in the men's singles qualifying event. Ramkumar has been trying to crack the Grand Slam main draws since 2015 but has not succeeded yet. Making the third round at the Australian Open qualifiers in 2018 has been his best effort so far.