"You Are Right. They Are Wrong!" Will Smith Extends His Support To Naomi Osaka

French Open: Will Smith showed his support to Naomi Osaka who had declared that she won't be attending the compulsory post-match press meets, leading to her being penalised and her subsequent withdrawal from the tournament. 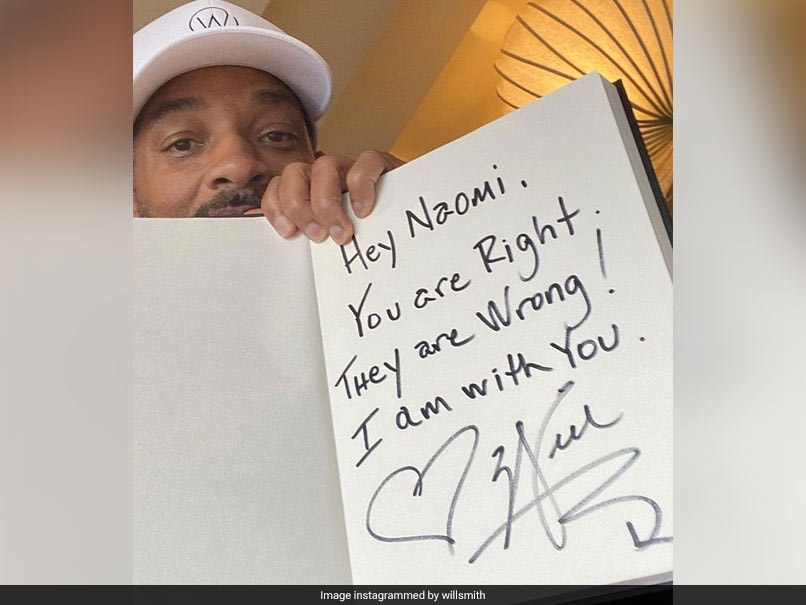 Will Smith took to social media to extend his support to Naomi Osaka, who recently decided to withdraw from the ongoing French Open. The 23-year-old Japanese tennis star was recently fined 15,000 dollars and threatened with disqualification after she refused to carry out a mandatory news conference following her first-round win. She said that the reason behind her decision to boycott any media activity was to safeguard her mental health. Sharing on Instagram, Smith's post stated, "Hey Naomi, You are Right. They are Wrong! I am with you."

In the Roland Garros first round, Osaka defeated Patricia Maria Tig and was set to face Ana Bogdan in the second round.

Osaka is the world's highest-earning female athlete currently, and made 37.4 million dollars approximately in 2020.

She hit the limelight in 2018 with a maiden Slam win at the US Open. Since then, she has gone on to win another US Open, and two Australian Open titles as well. Osaka is currently second in the WTA rankings.

Osaka's recent actions has received plenty of support and criticism from fans across the world. Recently, Formula One world champion Lewis Hamilton hailed Osaka for pulling out of the Grand Slam. He sympathised with the tennis ace, and stated that fining the youngster wasn't the right decision made by the French Open officials.

With Osaka's departure, all eyes will be on Serena Williams, who is currently up against Danielle Collins in the third round. Serena defeated Mihaela Buzarnescu in the second round 6-3, 5-7, 6-1.

Comments
Topics mentioned in this article
Naomi Osaka Tennis
Get the latest updates on Olympics 2020, Olympics 2020 Medal Tally , Live Cricket Score . Like us on Facebook or follow us on Twitter for more sports updates. You can also download the NDTV Cricket app for Android or iOS.