Andrea Petkovic, the 28th-seeded German, came back from 4-5 down to win the final three games in a row against an unseeded Kiki Bertens to reach the quarterfinals of the French Open.

Andrea Petkovic beat unseeded Kiki Bertens to reach the quarterfinals of the French Open with a 1-6, 6-2, 7-5 victory Monday. 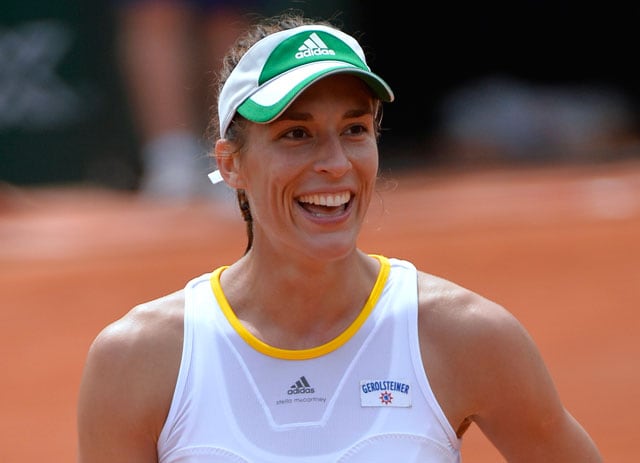 The 28th-seeded German came back from 4-5 down to win the final three games in a row.

"After going down 4-5 in the third, I just sort of told myself 'Okay, listen, you have to play aggressive. You have to go for your shots, and nobody's going to give you the quarterfinals just because you're nice, so go to gain it.' I started playing more aggressively. It paid off in the end," she said.

But she was able to earn seven breaks of her own -- all in the final two sets -- to advance to the quarterfinals at Roland Garros for the second time in her career.

"I think she finished the match pretty good. I think she played aggressive and just went for her shots," she said.