Caroline Garcia and Kristina Mladenovic became the first French duo to win the French Open after 46 years as they defeated Ekaterina Makarova and Elena Vesnina to clinch the women's doubles title. 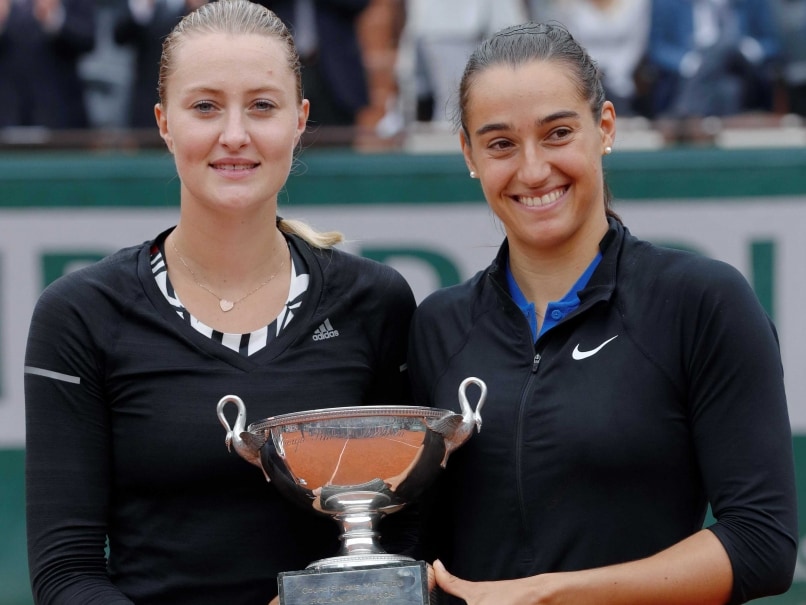 The French pair of Caroline Garcia and Kristina Mladenovic secured a rare triumph for the home nation at the French Open, winning the women's doubles to give spectators on Court Philippe Chatrier a victory to cheer before they watch Andy Murray play Novak Djokovic in the men's final.

The fifth-seeded pair beat Ekaterina Makarova and Elena Vesnina, the No. 7 seeds from Russia, 6-3, 2-6, 6-4. The last French victors in women's doubles in the clay-court major at Roland Garros were Gail Chanfreau and Francoise Durr, who won in 1970 and then defended their title the following year.

Other French women have won with non-French partners since then. Mary Pierce lifted the trophy with Swiss player Martina Hingis in 2000 and Gail Lovera teamed with Fiorella Bonicelli from Uruguay to win in 1976.

France hasn't had much to cheer about of late in other competitions at Roland Garros, either. Nathalie Duchy was the last French winner in mixed doubles, paired with Andy Ram from Israel in 2007. The last full-French victorious mixed doubles pairing was Tatiana Golovin and Richard Gasquet in 2004.

Julien Benneteau and Edouard Roger-Vasselin did win the men's doubles in 2014, but they were the first French champions since Yannick Noah and Henri Leconte in 1984.

Noah was the last French man to win the single's title, in 1983. Pierce was France's last women's singles champion, in 2000.

Mladenovic also won the junior title in girls' singles in 2009.

Comments
Topics mentioned in this article
Ekaterina Makarova Elena Vesnina Caroline Garcia Kristina Mladenovic Tennis
Get the latest updates on IPL 2020, check out the IPL Schedule for 2020 and Indian Premier League (IPL) Cricket live score . Like us on Facebook or follow us on Twitter for more sports updates. You can also download the NDTV Cricket app for Android or iOS.