Andy Murray, the reigning Olympic champion, has set up a men's singles semi-final clash against defending champion Stan Wawrinka at the French Open. 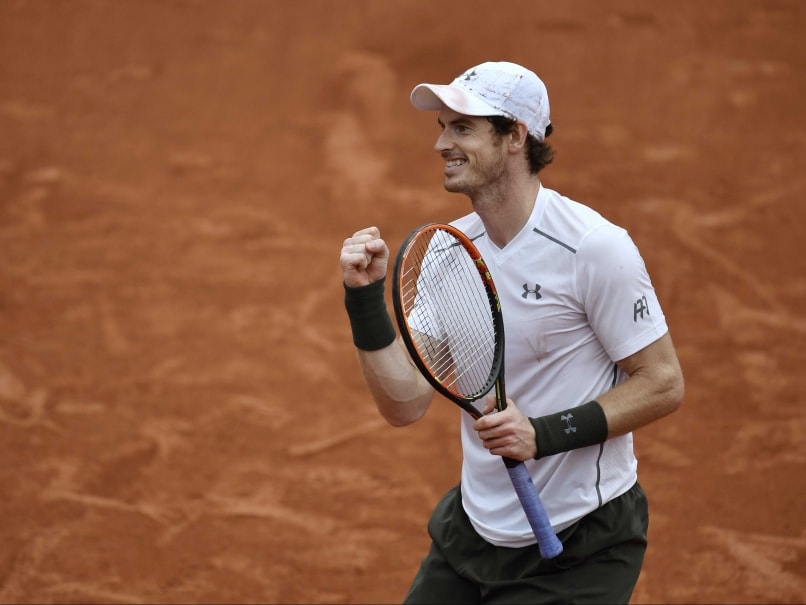 Gasquet, bidding to end France's 33-year-wait for a French champion, reeled off five straight games to recover from 5-2 down and claim the opening set in front of a raucous Philippe Chatrier Court crowd.

But former US Open and Wimbledon champion Murray won a second set tie-break before claiming 12 of the next 14 games.

Murray leads his head-to-head 8-7 with Wawrinka but the Swiss star has won their last three meetings as well as their only two matches on clay.

"Stan's played great tennis here the past couple years. It's going to be extremely tough, hopefully I can play my best tennis and try and reach my first final here," said Murray after a third win in Paris over Gasquet.

"I finished the match extremely well, I think. It wasn't easy for me today."

Wawrinka is the oldest semi-finalist in Paris since 32-year-old Jimmy Connors in 1985.

He was in complete control against world number 55 Ramos-Vinolas, playing in his first quarter-finals at the majors, firing an impressive 49 winners.

"Overall, I played a good match with an incredible level in the first two sets," said Wawrinka.

"I had to dig deep to finish the match. To win in three sets, it's ideal."

Wawrinka, who beat Djokovic in last year's final, will be playing in only his second Roland Garros semi-final.

It was a tie which started the previous afternoon after rain disruptions had washed out Monday and allowed just two hours of play Tuesday.

Djokovic has a 23-2 career stranglehold on Berdych who will be playing in his third Roland Garros quarter-final.

It will be the top seed's 28th consecutive Grand Slam quarter-final and 36th in all.

Djokovic, seeking a first French Open title to complete a career Grand Slam, was 4-1 ahead of Bautista Agut in the third set Tuesday when play was halted.

But the Serb quickly wrapped up the next two games Wednesday and despite falling a break down to trail 2-4 in the fourth, he stormed back to claim victory on a second match point.

"With my coaching team, we had some tough talks on Tuesday night," said Djokovic, who had struggled in the heavy conditions when he had uncharacteristically dropped serve five times.

"But I came back with more intensity even though it was a tough mental and physical battle."

Granollers had made the last 16 without hitting a ball when nine-time champion Rafael Nadal withdrew with a wrist injury last week.

Rain halted play at one set apiece on Tuesday, but 13th seed Thiem quickly found his groove on Wednesday to race through the third set before nailing down a place in the last eight.

"We practise a lot together and he's also a very nice guy," said Thiem, who trails Goffin 4-2 including a loss at the Australian Open this year.

Goffin is only the second Belgian man to reach the last eight in Paris.

Comments
Topics mentioned in this article
Andy Murray Stanislas Wawrinka Novak Djokovic Richard Gasquet Tennis
Get the latest updates on India vs Australia Series, check out the India vs Australia Schedule for 2020-21 and Ind vs Aus live score . Like us on Facebook or follow us on Twitter for more sports updates. You can also download the NDTV Cricket app for Android or iOS.