Andy Murray has already spent on court a total of 7 hours 15 minutes in the 2016 French Open, spread over two five-setters against Czech veteran Radek Stepanek and French wildcard Mathias Bourgue 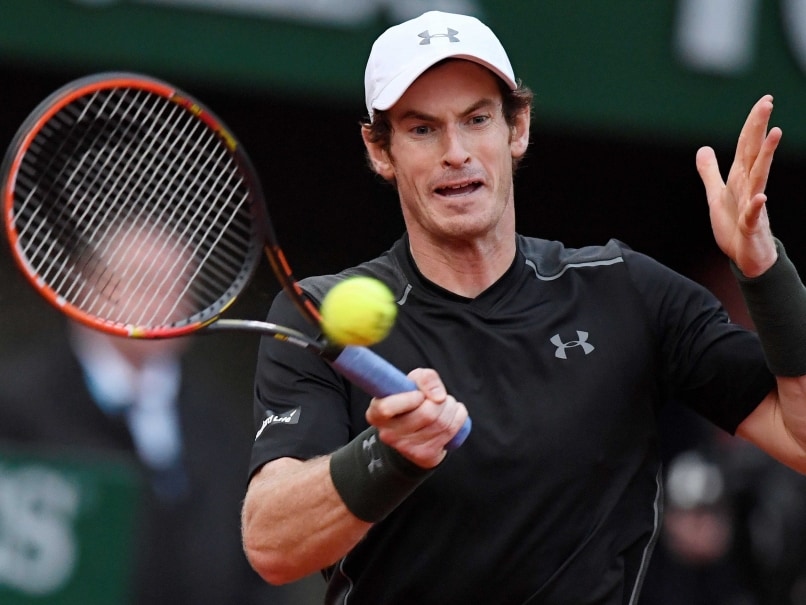 Andy Murray hasn't had the best of starts in the French Open after being stretched to five sets by his opponents in the first two rounds.© AFP

Andy Murray will be hoping he can see off giant Ivo Karlovic in straight sets as the French Open third round gets underway at Roland Garros on Friday having battled hard to get through his first two rounds.

The second-seed, seeking a first tournament win in Paris to go with his 2012 US Open and 2013 Wimbledon wins, has spent on court a total of 7 hours 15 minutes spread over two five-setters against Czech veteran Radek Stepanek and French wildcard Mathias Bourgue.

"I need to go and rest, it's been a tough few days. To go far in the tournament you can't play too many matches like this," Murray said after his win over Bourgue.

It might not be that easy against Karlovic, the tallest player on the tour, known for playing marathon sets that very often go to tie-breakers.

His second round was a good example, with him winning it 12-10 in the fifth set after 4 hours and 31 minutes of play.

At 37 he is the oldest player to reach the third round in Paris since Jimmy Connors in 1991.

Defending champion Stan Wawrinka has also been in the wars, needing five tough sets to defeat Lukas Rosol of the Czech Republic in a first round escape.

The third seed will take on Frenchman Jeremy Chardy on the last match of the day scheduled for the Philippe Chatrier Centre Court.

The curtain-raiser for that will be what should be a huge crowd-pleaser opposing another Frenchman, Richard Gasquet, and colourful Australian youngster Nick Kyrgios.

Kyrgios saved nine match points against Gasquet at the Wimbledon in a 2014 second-round clash, before the Frenchman avenged that loss a year later in a controversal last-16 match.

The Australian faced accusations of 'tanking' a game in the latter of those Wimbledon clashes, though Gasquet has no problem with him.

"He's the best newcomer, so it will be an incredible match for me," said the Frenchman, who defeated fellow former Roland Garros boys champion Bjorn Fratangelo of the United States on Wednesday to reach the last 32.

Two-time Wimbledon champion Petra Kvitova goes up against American Shelby Rogers who will be seeking to reach the last 16 of a Grand Slam tournament for the first time.

Comments
Topics mentioned in this article
Andy Murray Ivo Karlovic Stanislas Wawrinka Richard Gasquet Nick Kyrgios Tennis
Get the latest updates on Olympics 2020, Olympics 2020 Medal Tally, Live Cricket Score . Like us on Facebook or follow us on Twitter for more sports updates. You can also download the NDTV Cricket app for Android or iOS.