Alize Cornet called for a medical timeout and required treatment during changeovers in the final set of her second round clash against Germany's Tatjana Maria. 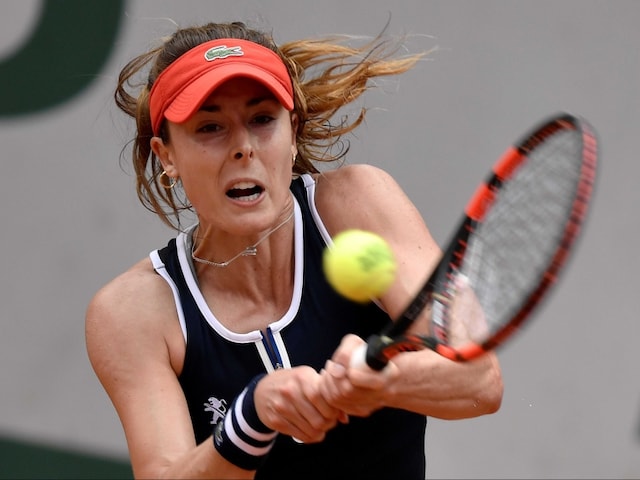 Frenchwoman Alize Cornet was at the centre of a Roland Garros cheating storm Friday after she was accused of faking injury by an opponent.

Cornet called for a medical timeout and required treatment during changeovers in the final set of her second round clash against Germany's Tatjana Maria.

At one stage, the 26-year-old Cornet, grimacing in pain, was helped off court to her chair by a trainer and tournament supervisor.

She was seen to weep as she received treatment.

But Maria believed that Cornet was deliberately playing for time in order to allow her cramping to ease.

"You know why I'm mad at you. You know what you did," raged the German on a chaotic Court Two.

"I am really sad and i know that it will not change the result! But this story is not done! Rules are here for something right?" she wrote.

"@alizecornet needs to be in LA at a casting call....ok peeps, lets have a poll. Who is more a drama queen between #Bartoli and #Cornet?" wrote former tour player Rennae Stubbs, now a respected TV commentator.

I GOT TO TELL YOU! CRAMPING IS NOT FUN, I MEAN IT SUCKS & no one and i mean no one is more dramatic then Cornet!! This is some good drama!

Dutch player Richel Hogenkamp tweeted: "Every changeover cramp treatments and an Oscar nomination... Oh and into the next round, I would say good day at the office - #cornet #BOO."

Cornet insisted she was not a cheat, that she played by the rules and was mystified by Maria's frustrations.

"I didn't understand so much why she was so mad at me. She even told me when we shake hands that she thought I was not fair play," said Cornet.

The world number 50, who goes on to face American veteran Venus Williams for a place in the last-16, said she had cramped in the right leg.

However, the help she sought from the trainer was for a pain in the left leg as treatment for cramping is banned.

"I didn't take a treatment for my cramp because I know the rule, and I respect it.

"My right leg was totally pulling apart and not treating, but I had the treatment for my hip because I felt a pain.

"I'm really sorry she got so pissed because this is useless."

Adding intrigue to the controversy is that Cornet and Maria will come face to face again later Friday in the women's doubles.

Cornet will team with Poland's Magda Linette while Maria plays alongside Madison Brengle of the United States.

Comments
Topics mentioned in this article
Tennis Alize Cornet
Get the latest updates on IPL 2020, check out the IPL Schedule for 2020 and Indian Premier League (IPL) Cricket live score . Like us on Facebook or follow us on Twitter for more sports updates. You can also download the NDTV Cricket app for Android or iOS.