The French Open was pushed back from its traditional slot in the calendar in late May and early June after France entered a near two-month lockdown on March 17. 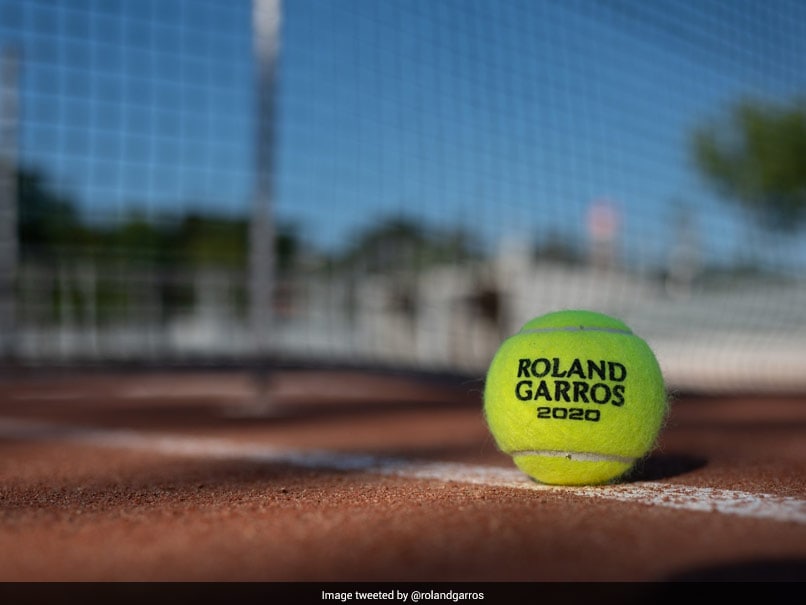 The French Open will allow up to 20,000 people to attend each day.© Twitter@rolandgarros

The French Open will allow up to 20,000 people to attend each day of this year's tournament despite the coronavirus pandemic, organisers announced on Thursday. The French Tennis Federation (FFT) also said that up to 10,000 people would be able to watch the finals and that it may increase the capacity should the situation with COVID-19 continue to improve in France.

The clay-court Grand Slam event is set to start on September 27 and finish on October 11, with tickets to go on sale for the general public on July 16.

"The number of spectators allowed inside the stadium will be 50 per cent to 60 per cent of its usual capacity, allowing us to ensure the barrier measures are respected," the FFT said in a statement.

It also warned rules regarding attendance could be tightened in the event of another outbreak in the country.

"However, if the situation requires more stringent hygiene standards that force us to reduce the number of spectators on site, the tournament organisers will refund any supplementary tickets sold," the FFT added.

The US Open in New York is set to be the first Grand Slam since the coronavirus lockdown, starting on August 24, but is to be played behind closed doors, while Wimbledon was cancelled for the first time since World War II.

The French Open was pushed back from its traditional slot in the calendar in late May and early June after France entered a near two-month lockdown on March 17.

The ATP and WTA Tours are set to restart in August, having been suspended since March.

Several exhibition tournaments have gone ahead since, with mixed success, including Novak Djokovic's ill-fated Adria Tour which had to be ended early after the world number one and three other players tested positive for the virus.

Spectators will have to adhere to social-distancing rules at the French Open and wearing a mask while on the Roland Garros site will be obligatory.

One seat will be left empty between each group of fans on show courts, with a maximum group of four people allowed to sit together, with every other seat to be vacant on outside courts.

"General public" tickets will be accessible to spectators around the world, without "purchase discrimination", said FFT president Bernard Giudicelli.

But FFT director general Jean-Francois Vilotte stressed that people should "know the risks" related to their country of residence and will not be able to be reimbursed for their ticket if the health authorities prohibit them from travelling to France.

Unlike the US Open, Roland Garros will maintain its qualifying event in the week before the main draw.

Rafael Nadal will be bidding for a record-extending 13th men's singles crown, with Australian Ashleigh Barty defending the women's title.

France has recorded almost 30,000 deaths due to the coronavirus, with more than 165,000 confirmed cases.