Alize Cornet came onto the court to play in Hopman Cup with "Je Suis Charlie" on a handwritten note on her bag, having tweeted the same message just hours after the Paris attack. 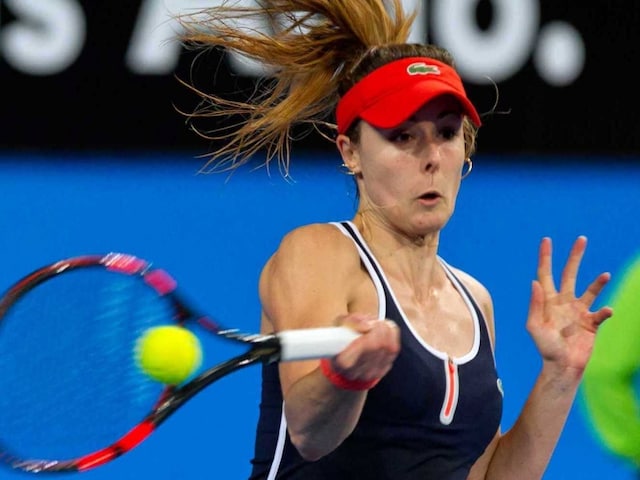 French tennis star Alize Cornet honoured her 12 countrymen killed in the attack on satirical magazine Charlie Hebdo in Paris during her win over Poland's Agnieszka Radwanska at the Hopman Cup on Friday.

Cornet, ranked 18th in the world, told AFP she had notched up what she believed was one of the best wins of her career over the fifth-ranked Radwanska, prevailing in a marathon third set in Perth, 6-4, 2-6, 7-5 in two hours and 41 minutes. (Also read: French sportspersons pay tribute to memory of Paris attack victims)

The deciding set lasted 73 minutes, as both players had several chances to take control, but it was Cornet that prevailed with a forehand winner despite serving nine double faults during the match.

Cornet said the match was "for sure one of those I've played the best on court, I think the level was very high from the beginning to the end."

She came onto the court with "Je Suis Charlie" on a handwritten note on her bag, having tweeted the same message just hours after the attack on Wednesday.

The slogan has become a tribute to the 12 killed in an Islamist attack on the Paris magazine, including some of the country's most well-known cartoonists. The tragedy has sparked a global outpouring of solidarity.

Cornet, who looked emotional as she sang along to the French national anthem before the match, looked at the message at each change of ends and pointed to it at the conclusion of the match.

Speaking after the win, the 24-year-old said she had been deeply affected by the tragedy at home.

She heard about the attack while the French were playing Australia on Wednesday.

"I was horrified, I was so shocked and very emotional about it," she said, describing the victims as "people you know so well, you have the feeling they are part of your family".

The deaths touched "the whole of humanity", she said.

"I will need some time to be over it, because right now it really touches me and I know it is the same for all French people."

Cornet said she determined to honour her fallen countrymen with a win.

"Each time I was going to the chair I was seeing the message and it was coming to my mind," she said.

Despite Cornet's win, France has not made it to the final of the competition, which will see Poland face off against the United States on Saturday.

Comments
Topics mentioned in this article
Alize Cornet Tennis
Get the latest updates on IPL 2020, check out the IPL Schedule for 2020 and Indian Premier League (IPL) Cricket live score . Like us on Facebook or follow us on Twitter for more sports updates. You can also download the NDTV Cricket app for Android or iOS.