Federer will struggle to regain No.1 - Navratilova

Tennis legend Martina Navratilova believes Roger Federer will struggle to regain his world number one ranking after being supplanted by Rafael Nadal and Novak Djokovic. 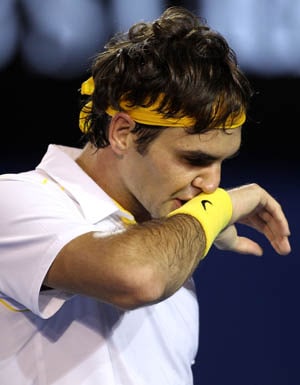 Tennis legend Martina Navratilova believes Roger Federer will struggle to regain his world number one ranking after being supplanted by Rafael Nadal and Novak Djokovic.

Speaking at a press event to promote this year's Liverpool International exhibition tournament, Navratilova said while Federer still had the ability to win a Grand Slam event, it was "difficult to see" him regaining top spot.

Federer, winner of 16 Grand Slam singles titles and holder of the world number one ranking for 237 weeks, has fallen to number three in the rankings.

"I don't think he'll ever play as well as he did three or four years ago - that's not to say he can't still win a slam, but it's difficult to see him climbing back to number one," Navratilova said of Federer.

"Nadal is dominating and Djokovic's confidence is off the chart. Roger has lost three matches (this season) to Djokovic and lost to him at US Open last year as well, it will get under his skin."

Navratilova also said British number one Andy Murray needed to toughen up if he wanted to win a grand slam.

"I would have thought he would have won a slam by now, though he still has plenty of time on his side," Navratilova said.

"He's still in his prime but with every year it gets more difficult, the expectations and the pressure get higher.

"He's got the talent but he's got to get tougher on himself mentally - he's too quick to pass the blame, looking at his box and yelling at them as if it's somehow their fault he missed that forehand."

Comments
Topics mentioned in this article
Tennis David Ferrer Novak Djokovic Bernard Tomic Rafael Nadal Andy Murray Stanislas Wawrinka Roger Federer
Get the latest updates on ICC T20 Worldcup 2022 and CWG 2022 check out the Schedule, Live Score and Medals Tally. Like us on Facebook or follow us on Twitter for more sports updates. You can also download the NDTV Cricket app for Android or iOS.