Daniil Medvedev said that he does not think about expectations and just works hard in practice and tries to do the best job that he can. 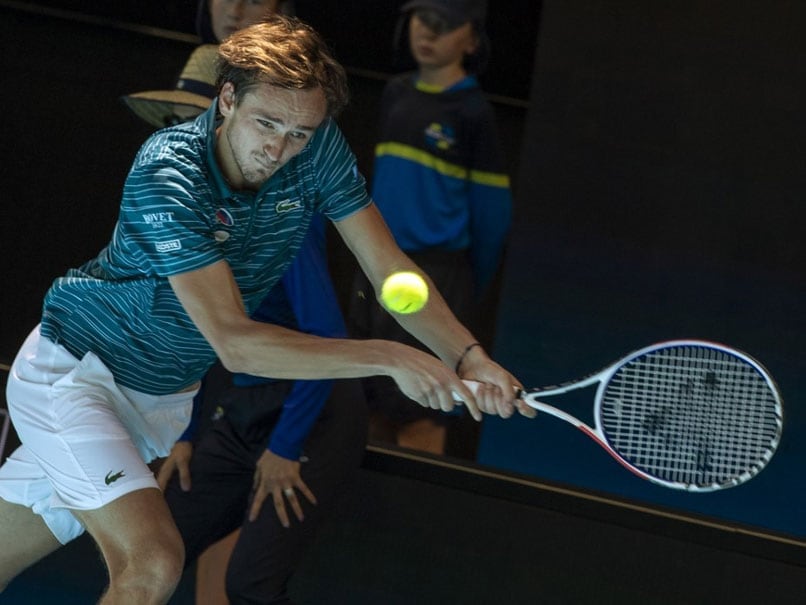 In-form Daniil Medvedev downplayed expectations of an Australian Open title assault after his impressive start to the season continued when he ended Casper Ruud's giant-killing spree at the ATP Cup on Tuesday. The world number five's 6-3, 7-6 (8/6) victory sealed Russia's place in the quarter-finals of the new 24-team tournament. He hit 34 winners and 13 aces after earlier victories over top-20 ranked players Fabio Fognini and John Isner. Medvedev, 23, reached his first Grand Slam final at last year's US Open, where he lost a five-set epic to world number one Rafael Nadal, and his hot form in Perth has pundits believing he can make a deep run in Melbourne.

"I don't think about it (expectations)," a pragmatic Medvedev said. "I just work hard in practice and try to do my job as best as I can."

He impressively overwhelmed Ruud with sizzling passing shots and showcased his repertoire with deft drop shots.

The towering Russian was particularly impressive at the net, winning 14 of 19 points.

Group D winner Russia advanced to the knockout stages in Sydney, while Norway's surprising run, which started with a stunning upset of the United States, ended.

Ruud, whose father Christian is Norway's captain and his coach, upset Fognini on Sunday after beating Isner two days earlier.

The 21-year-old is a product of Rafael Nadal's tennis academy in Mallorca and has received high praise from the Spaniard, who dubbed him "amazing" on Monday.

"It's great for me to play three very good matches before Melbourne," Ruud said.

He broke twice against the world number 329 in a lopsided first set and kept the foot on the gas to claim his third straight victory after defeating Italy's Stefano Travaglia and American Taylor Fritz earlier in the tournament.

Fognini played steadier than the misfiring American, who had 27 unforced errors, to win his first match of the season.

Isner endured a wretched ATP Cup, where he won just one set from three matches.

"It's always difficult because of John's serve, so you have to really be careful but I'm happy we won another tie," Fognini said.

The world number 82 is representing Italy for the first time after replacing world number eight Matteo Berrettini, who withdrew from the tournament with an abdominal injury.

Italy finished second from Group D with a 2-1 record and will need to rely on other results to advance, while the USA are out of contention after a winless campaign.