Yuki Bhambri will face Serbia's No.1 Dusan Lajovic, 61, in the first match of the Davis Cup World Group play-off tie in Bangalore. 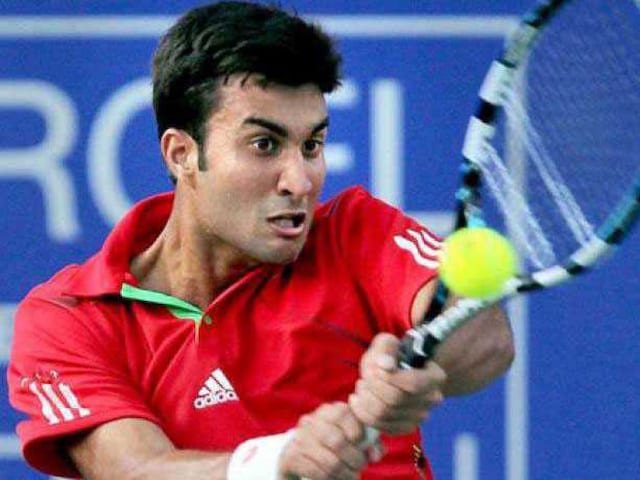 Yuki Bhambri will look to bring his 'A' game to the fore against a solid Serbian opponent.
Bangalore:

Yuki Bhambri and Dusan Lajovic will open the proceedings, playing the first singles in the Davis Cup World Group play-off tie between India and Serbia beginning here Friday, as per the draw that was made here Thursday by Karnataka Chief Minister Siddaramaiah. (Full preview)

In the second singles, Somdev Devvarman will go up against Filip Krajinovic while Leander Paes and Rohan Bopanna take on Nenad Zimonjic and Ilija Bozoljac in the doubles to be played on Saturday.

The tie will conclude on Sunday with the two reverse singles where Devvarman faces Lajovic first and Bhambri meets Krajinovic. (India have a good chance against Djokovic-less Serbia: Leander Paes)

India have nominated Devvarman as their No.1 player ahead of Bhambri while the corresponding Serbian players are Lajovic and Krajinovic.

The nominations for the doubles and reverse singles can be changed up to one hour before the scheduled start.

Comments
Topics mentioned in this article
Yuki Bhambri Dusan Lajovic Tennis
Get the latest updates on IPL 2020, check out the IPL Schedule for 2020 and Indian Premier League (IPL) Cricket live score . Like us on Facebook or follow us on Twitter for more sports updates. You can also download the NDTV Cricket app for Android or iOS.