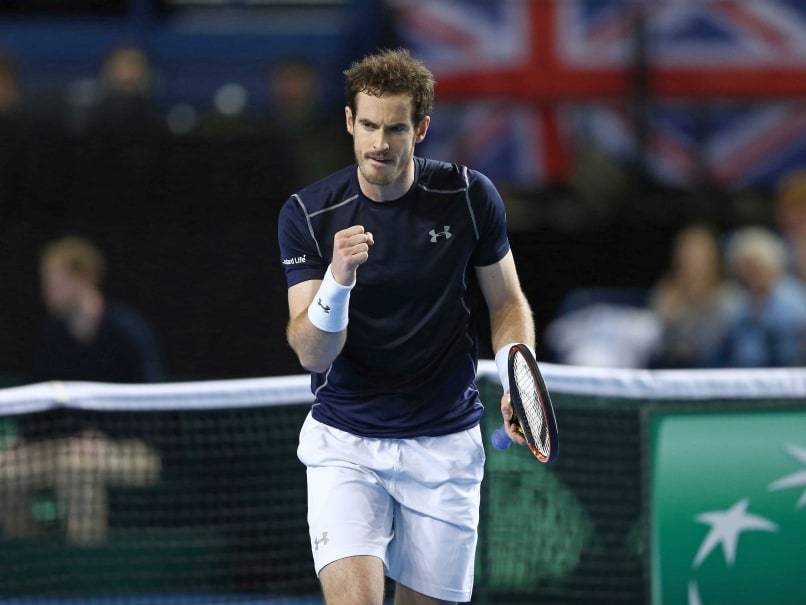 Murray, the world number two, had seemed set for a comfortable afternoon against his sixth-ranked opponent by taking the first two sets against a player he had defeated five times in six previous encounters.

But Nishikori battled and was even a break to the good in the deciding set before Murray stormed back for victory in five minutes short of five hours.

Victory gave Britain an unassailable 3-1 lead in the tie and a place in July's quarter-finals.

Waiting there will be Novak Djokovic's Serbia.

"The crowd helped for sure. I was struggling a little at the end of the third and a little bit throughout the fourth," said Murray, who had been looking at the prospect of losing from two sets up for the first time in 11 years.

"There were long rallies, he was pushing me quite far off the baseline. I was trying to keep the points short but in the fifth I had to grit my teeth, fight hard and I managed to get the win.

"I was a little bit calmer in the fifth set. I was panicking a little bit at the end of the third when I was struggling physically, I didn't quite know what to do.

"In the fifth I went back to what I was doing in the first set. Positive energy, fight for every single point and that was enough today."

Murray hit 10 aces and 40 winners but suffered 97 unforced errors in the gruelling encounter.

Fatigue looked to be taking over Murray's body and omens were not good when he dropped serve at the start of the fifth but he hit back with three games in a row.

Nishikori broke back before Murray withstood a barrage of pressure to hold and then created two match points at 5-2, both of which the Japanese star saved.

But Nishikori's resistance finally ended at the fourth time of asking.

Murray, who won his singles opener on Friday and teamed up with brother Jamie to claim Saturday's doubles, was playing for the first time in five weeks after taking time off to be with wife Kim and baby daughter Sophia.

He said he was heading home immediately before flying to Indian Wells for the first Masters event of the year next week.

Comments
Topics mentioned in this article
Andy Murray Kei Nishikori Tennis
Get the latest updates on ICC T20 Worldcup 2022 and CWG 2022 check out the Schedule, Live Score and Medals Tally. Like us on Facebook or follow us on Twitter for more sports updates. You can also download the NDTV Cricket app for Android or iOS.