Coronavirus: Rafael Nadal Says No Tennis "Until It's Completely Safe"

The ATP and WTA schedules have been on ice since March with action not set to resume until the end of July at the earliest. 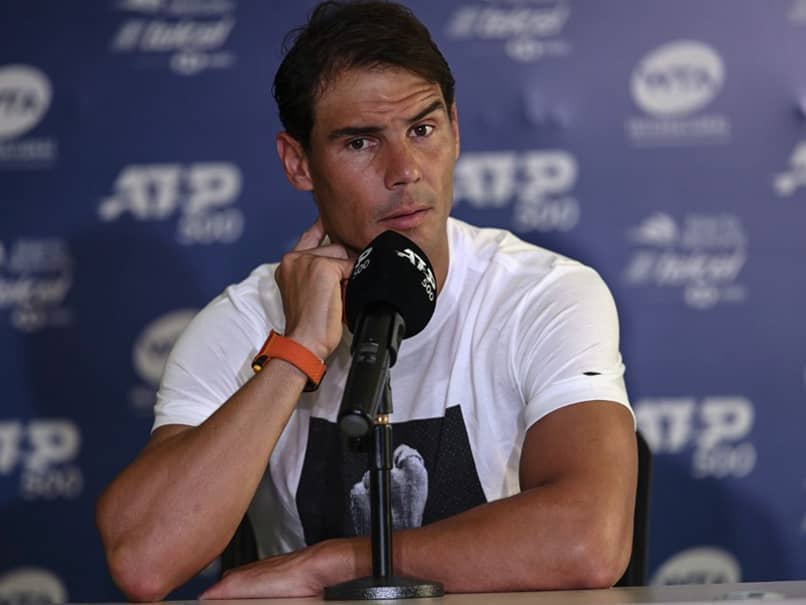 Rafael Nadal insisted on Thursday tennis "cannot resume until the situation is completely safe" and if the US Open was being played this week, he wouldn't take part. World number two Nadal, who captured a fourth US Open and 19th major in New York last year, said the coronavirus pandemic still casts huge doubts over the tennis calendar which has been suspended since mid-March.

"We cannot resume until the situation is completely safe and fair in terms of health in that all players, wherever they come from, can travel and play tournaments in safe conditions," Nadal told reporters in a video conference call.

"If you told me to play the US Open (scheduled for main draw start on August 31) today, I would say 'no'.

"In a few months, I don't know. I hope so. We have to wait for people to return to normal life. And when it does, wait to see how the virus evolves.

"It's very difficult for me to separate what the world is experiencing from my point of view on tennis, that's why I was very pessimistic a few weeks ago."

The ATP and WTA schedules have been on ice since March with action not set to resume until the end of July at the earliest.

Wimbledon was cancelled for the first time since the Second World War while the French Open has been shifted from May/June to September/October.

In normal times, the Roland Garros event would have been deep into its second week by now with Nadal expected to win the Paris trophy for the 13th time.

However, for Nadal, there are far more complex and significant matters to consider even if he could have been within touching distance of Roger Federer's all-time record of 20 Slams.

"In my mind, if the whole world is suffering, if a lot of people are dying because of this pandemic, we cannot imagine organising a huge sporting event with lots of people from around the world," said Nadal, who turned 34 on Wednesday.

"It would not be realistic. In my opinion, this was the wrong message to send a few weeks ago. It is true that the situation is a little less negative now.

"Is there a possibility (that the season will resume)? Yes. Am I very optimistic? No, because I cannot predict what will happen in the coming months.

"But my position has not changed: we must show responsibility, we must first be sure that the situation is sufficiently safe, and after of course, try to restart the circuit, when we can see clearly."

The US Open remains on the schedule but there are still doubts over whether or not it will take place with New York being the epicentre of the COVID-19 crisis in the United States.

The tournament at Flushing Meadows, as well as the rearranged Roland Garros, could be staged behind closed doors in an effort to reduce the risk of virus infection.

In 2019, the US Open attracted a record crowd of almost 740,000 to its sprawling Billie Jean King Tennis Centre in New York.

"Honestly, I hate the idea (of playing behind closed doors), but if it's the only solution why not?," added Nadal.

As far as Roland Garros is concerned, Nadal appreciates the conditions under which he must defend his title in a Paris autumn will be very different to those he is used to in May and June in the French capital.

"It changes everything. It changes the preparation, the weather will probably be different. I'm used to playing it at another time and having a different schedule.

"But if that's what is going to happen, I will have to adapt, like everyone else. If it is finally possible to play Roland Garros, I will try to prepare myself as best as possible to be very competitive."

Comments
Topics mentioned in this article
Rafael Nadal Tennis
Get the latest updates on India vs Australia Series, check out the India vs Australia Schedule for 2020-21 and Ind vs Aus live score . Like us on Facebook or follow us on Twitter for more sports updates. You can also download the NDTV Cricket app for Android or iOS.