Indian Wells is the first major US sports event to be cancelled because of concern over the coronavirus. 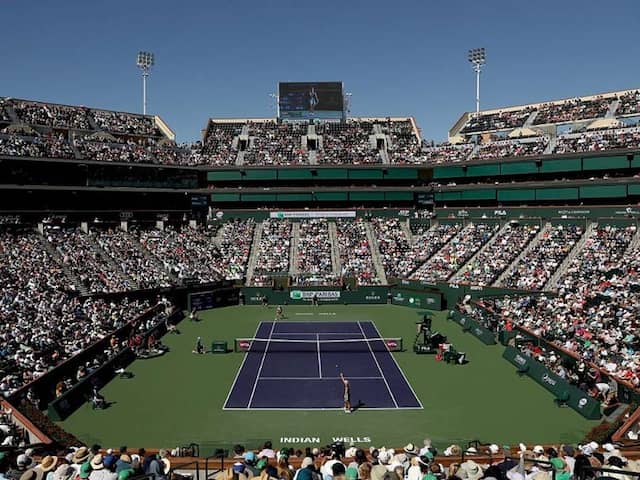 Indian Wells, one of the biggest tournaments outside the 4 Grand Slams, was due to begin on Wednesday.© AFP

The ATP and WTA tennis tournament in Indian Wells, California, has been cancelled over concerns about the worldwide outbreak of the coronavirus, organizers said Sunday. The tournament, one of the biggest outside the four Grand Slams, was due to begin on Wednesday. It's the first major US sports event to be cancelled because of concern over the virus.

Organizers had said they planned to go ahead with extra health measures in place. But they opted to cancel after the health department of California's Riverside County declared a public health emergency for the Coachella Valley -- in the desert east of Los Angeles -- after a confirmed case of COVID-19 locally.

"We are very disappointed that the tournament will not take place, but the health and safety of the local community, fans, players, volunteers, sponsors, employees, vendors, and everyone involved with the event is of paramount importance," said tournament director Tommy Haas.