Marin Cilic beat sixth-seeded Tomas Berdych, 6-2, 6-4, 7-6 (4), in the U.S. Open quarterfinals on Thursday, launching himself into the semifinals of a major for the first time since he was a 21-year-old wonder at the 2010 Australian Open. 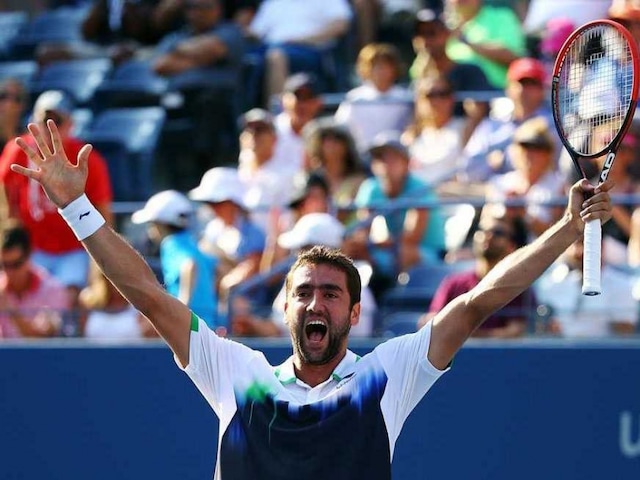 More than four years have passed since Marin Cilic's last Grand Slam semifinal appearance, an eternity in tennis years. The span included the peak of Cilic's years as a Croatian prodigy, a player graced with size and skill, but he never seemed to live up to the promise.

The low point came last year, when a doping suspension forced him to miss four months and sit out the U.S. Open. His ranking dipped to No. 37. He drew criticism from other players for the use of a banned stimulant, although he convinced an arbitrator that he was mostly not at fault.

A year later, Cilic has climbed out of that career valley. He beat sixth-seeded Tomas Berdych, 6-2, 6-4, 7-6 (4), in the U.S. Open quarterfinals on Thursday, launching himself into the semifinals of a major for the first time since he was a 21-year-old wonder at the 2010 Australian Open.

Cilic conquered swirling winds at Arthur Ashe Stadium, on a court his opponent was far more familiar with, only a few days after a grueling five-set match.

If Cilic's wait seems long, it is nothing compared with that of Martina Hingis, who reached the women's doubles final with her partner, Flavia Pennetta of Italy. Hingis, 33, last appeared in a Grand Slam final in 2006, when she won the mixed doubles title at the Australian Open.

Hingis and Pennetta earned a 6-2, 6-4 victory over Cara Black and Sania Mirza on Thursday, setting up Saturday's final against Ekaterina Makarova and Elena Vesnina of Russia, who won their semifinal, 7-5, 6-3, over Kimiko Date-Krumm of Japan and Barbora Zahlavova Strycova of the Czech Republic.

Makarova continued her remarkable run in this tournament. Having reached her first Grand Slam semifinal in singles, she will play No. 1 Serena Williams on Friday afternoon.

A run to a final is nothing new to the men's doubles team of Bob and Mike Bryan, whose next title will be their 100th. They earned a shot at it with a 6-4, 4-6, 6-3 victory over Scott Lipsky and Rajeev Ram in an all-American semifinal in the first match of the day at Ashe.

When the Bryans play Marcel Granollers and Marc Lopez of Spain on Sunday, they will also be seeking their first Grand Slam title of the year, which would add to their nine-year streak of winning at least one major.

Comments
Topics mentioned in this article
Marin Cilic Tomas Berdych Bob Bryan Mike Bryan Tennis
Get the latest Cricket news, check out the India cricket schedule, Cricket live score . Like us on Facebook or follow us on Twitter for more sports updates. You can also download the NDTV Cricket app for Android or iOS.