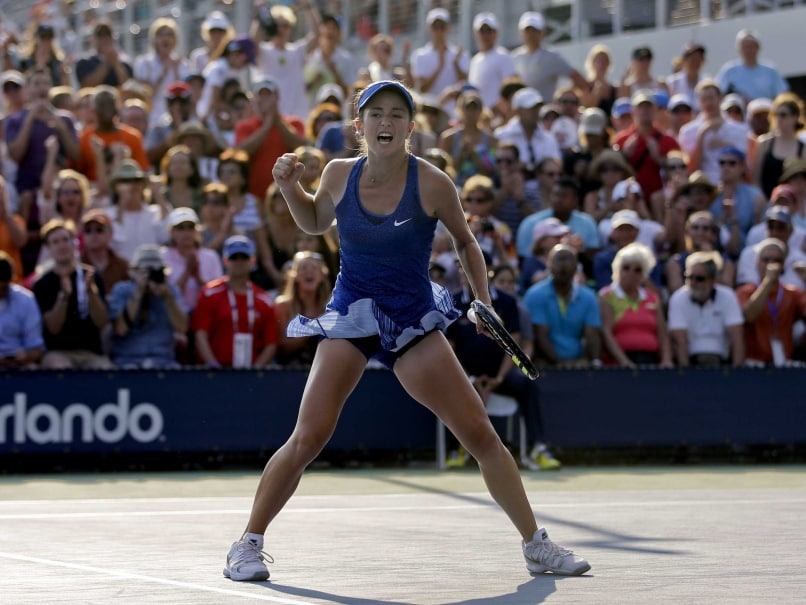 Fifteen-year-old Cici Bellis, the world number 1,208, caused the biggest upset of the US Open on Tuesday when she knocked out Australian Open runner-up, Dominika Cibulkova, the 12th seed.

Bellis defeated the Slovakian 6-1, 4-6, 6-4 to become the youngest player to win a match at the US Open since Anna Kournikova in 1996.

Playing just her 13th pro-level match, the American teenager won a wildcard into the US Open by winning the US under-18 championships.

The home-schooled teenager from the wine-growing Napa Valley in northern California was making her WTA Tour debut and before Tuesday had never met a player ranked inside the top 100.

She will next face either Kazakhstan's Zarina Diyas or Lesia Tsurenko of Ukraine for a place in the last 32.

Comments
Topics mentioned in this article
Dominika Cibulkova Tennis
Get the latest updates on IPL 2021, IPL Points Table , IPL Schedule 2021 , live score . Like us on Facebook or follow us on Twitter for more sports updates. You can also download the NDTV Cricket app for Android or iOS.