The inaugural edition of the Vijay Amritraj-promoted Champions Tennis League will see the likes of Venus Williams, Martina Hingis, David Ferrer and Juan Carlos Ferrero among others compete with India's own tennis stars. 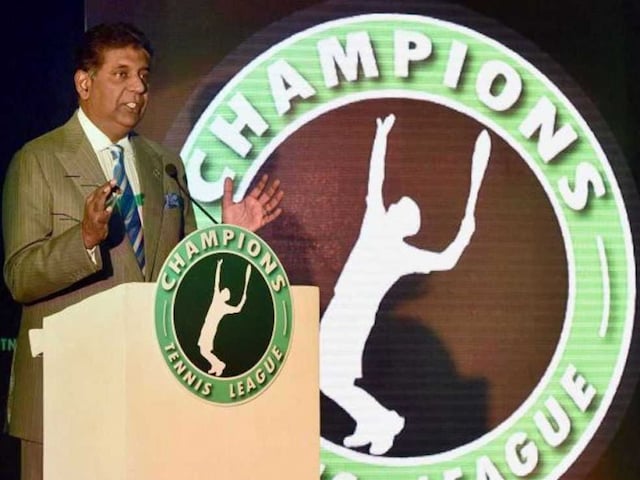 The Vijay Amritraj-promoted Champions Tennis League has given the opportunity to two Indian junior players from every state franchise to train with popular names in tennis.© PTI

Indian tennis legend Vijay Amritraj says he persuaded players like Martina Hingis and Venus Williams to see "My India through my eyes" in order to get them play in the country as part of the upcoming Champions Tennis League. The inaugural edition of the CTL will be played from November 17-26 across six Indian cities of Mumbai, Hyderabad, Delhi, Pune, Bangalore and Chandigarh, where individual franchises will be based.

"All big players in tennis make a lot of money and that is why they play in different tournaments throughout the world. However, there should be something more than money for them to come to India. I sent the players (the likes of David Ferrer, Agnieszka Radwanska, Hingis, Pat Cash and Juan Carlos Ferrero) a two-minute video telling them about the wonderful hospitality they would receive in India," said Amritraj in an exclusive interview to sports.ndtv.com. The CTL will also give opportunity to Indian juniors to be part of this high-profile league. (Also read: Dear India, Back Desi Sports Talent, Not Just a Bunch of Foreign Celebrities)

Amritraj said the players showed a lot of interest after looking at the video. "This is how I somewhere struck a chord with them. I told them to come and see my India through my eyes."

Some of Amritraj's achievements during his glittering international career include helping India reach the finals of the Davis Cup in 1974 and 1987 and achieving a career-high singles ranking of No.16 in the world. Amritraj, who was later known for his doubles accomplishments, also won 16 singles career titles and had a win-loss record of 391-304. (Also read: CTL Will Help Tennis at Grassroot Level, Says Amritraj)

Being an ambassador for tennis in India to the world, the Chennai-born former player realizes how important it is to promote young talent in the country. (Also read: 'CTL, IPTL no Exhibition Leagues, Will Have Serious Tennis')

"The Champions Tennis League will give junior players an opportunity to mingle with the top stars. Just hitting with the veterans can give them a whole lot of dimension in their game. They will know how to keep their legs strong at the back of the court and how to miss less number of balls. This is essentially the difference between a top player and the players down the ladder," Amritraj said in a telephonic chat from Bangalore.

"These young players were recommended by the All India Tennis Association (AITA) and we requested them to forward players not just on the basis of national rankings but state rankings as well."

Amritraj, who holds the mark for being the first professional athlete from any sport in India, also spoke highly of other leagues in the country like the Indian Super League for football. "Finally the nation is welcoming different sports and this is good for the future."

""Players can now end up with sports as a profession because families are realizing it can earn them livelihood and even give them a stunning career. During all these years, India's economy has opened up, the television channels are coming to India and we are now getting to a point where if a child has a dream, he can fuel that dream," Amritraj added.

Let's hope India has more Sania Mirzas and Mahesh Bhupathis to cheer from their homes and even from the stands in the near future.

Comments
Topics mentioned in this article
Martina Hingis Venus Williams David Ferrer Juan Carlos Ferrero Kevin Anderson Tennis
Get the latest Cricket news, check out the India cricket schedule, Cricket live score . Like us on Facebook or follow us on Twitter for more sports updates. You can also download the NDTV Cricket app for Android or iOS.