The organisers revealed six teams -- Mumbai, Pune, Bangalore, Delhi, Chennai and Chandigarh -- for the league, which will be played from November 17 to 26. 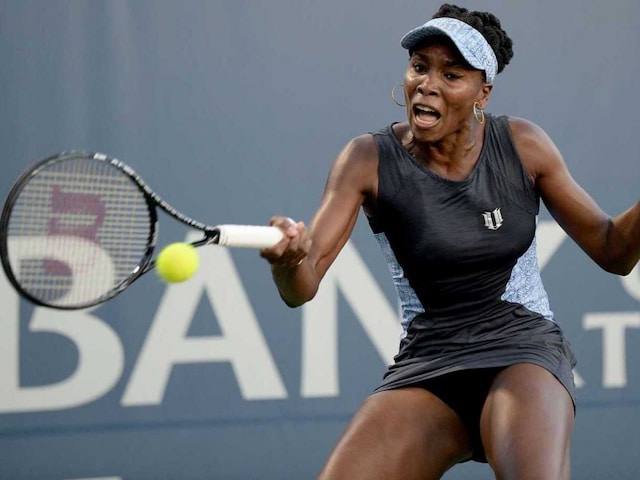 Multiple Grand Slam winner Venus Williams was on Wednesday revealed as one of the players who will compete in the upcoming Champion Tennis League (CTL) for the Bangalore team while India's top singles player Somdev Devvarman was named in the Chandigarh franchise.

The organisers revealed six teams -- Mumbai, Pune, Bangalore, Delhi, Chennai and Chandigarh -- for the league, which will be played from November 17 to 26.

World number 24 Philipp Kohlschreiber and world number six in women Agnieszka Radwanska will lead the charge of the Pune team, which has Pat Cash as its legend player apart from India's Saketh Myneni.

Former Indian star Vijay Amritraj, who has conceptualised the League with AITA, said, "I am delighted that we are able to bring top international male and female tennis stars to various parts of the country to participate in a city-based India-only league. Indian Davis Cup players alongside these great players would be extremely exciting to watch and will cheer on for each city."

"The two young players, a boy and a girl, would fill out the roster, and for me this is particularly important as it gives youngsters an opportunity to learn from this amazing experience," he added.

The teams will be structured into two groups, where all teams play each other in a home and away format. The team with the highest number of games won in their respective group will play each other in the grand finale to win a prize money of Rs. 1 crore. The runner-up will win Rs. 50 lakhs.

Each of the six teams will also have an international legend as their playing captain, apart from a top-ranked junior Indian girl and boy from each city.

Comments
Topics mentioned in this article
Venus Williams Kevin Anderson Sanam Singh Saketh Myneni Somdev Devvarman Tennis
Get the latest Cricket news, check out the India cricket schedule, Cricket live score . Like us on Facebook or follow us on Twitter for more sports updates. You can also download the NDTV Cricket app for Android or iOS.