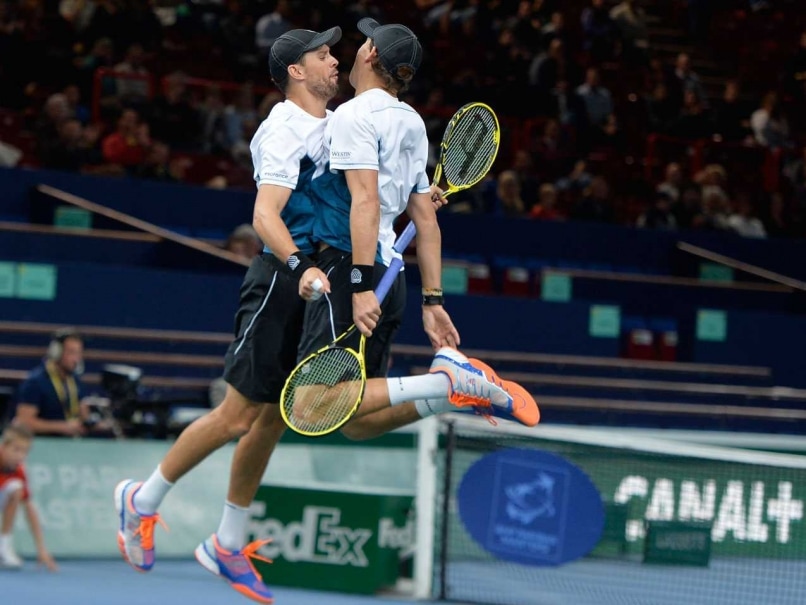 The 36-year-old American brothers, who are guaranteed to finish the year as the number one ranked doubles' team, now head to the World Tour Finals in London on November 9 looking for a 10th tournament victory of the season.

Both teams forced a break in the opening set before it went to a tie-break, which the Californians won 7/5.

However the newly formed team of Matkowski and Melzer broke Bob Bryan's serve in the final game of the second frame to snatch the set and force a match tie-break up to ten points.

Victory for the Bryans followed their triumph at the US Open and was their 102nd tour-level title as they closed out the match 10-6 in just over 90 minutes.