Berdych, Stepanek to play for Czechs at Davis Cup

The Czech Republic will rely on Tomas Berdych and Radek Stepanek in this month's Davis Cup final. 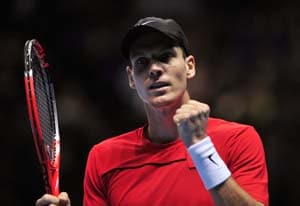 The Czech Republic will rely on Tomas Berdych and Radek Stepanek in this month's Davis Cup final.

They also led the Czechs when they were swept in the 2009 final by Spain in Barcelona.

Berdych and Stepanek also are likely to team up for the doubles.

Lukas Rosol, who upset Rafael Nadal in the second round of Wimbledon, and Ivo Minar also are in the Czech squad for the Nov. 16-18 tie on an indoor hard-court at Prague's O2 Arena.

The Czechs won their only Davis Cup as Czechoslovakia in 1980. They have lost their last three ties against Spain.

Comments
Topics mentioned in this article
Tennis Czech Republic Radek Stepanek Guillaume Rufin Jo-Wilfried Tsonga Tomas Berdych Kevin Anderson
Get the latest Cricket news, check out the India cricket schedule, Cricket live score . Like us on Facebook or follow us on Twitter for more sports updates. You can also download the NDTV Cricket app for Android or iOS.