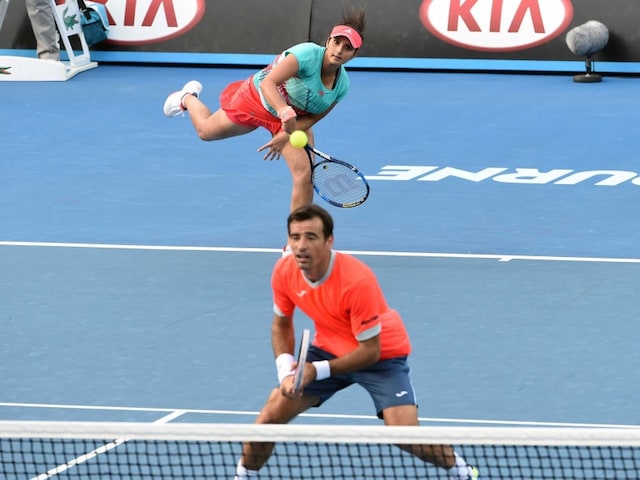 The pair of Sania Mirza and Ivan Dodig during their mixed doubles semifinal match against Elena Vesnina and Bruno Soares.© AFP

In the mixed doubles last four clash, which lasted one hour and 32 minutes, the Indo-Croat pair was broken in the eighth and 12th games of the first set. Sania-Dodig showed glimpses of a fightback in the second set, but lost in the tie-breaker.

Comments
Topics mentioned in this article
Sania Mirza Ivan Dodig Tennis
Get the latest Cricket news, check out the India cricket schedule, Cricket live score . Like us on Facebook or follow us on Twitter for more sports updates. You can also download the NDTV Cricket app for Android or iOS.