Bopanna is only fourth Indian to lay hands on a Major trophy after Mahesh Bhupathi, Leander Paes and Sania Mirza. 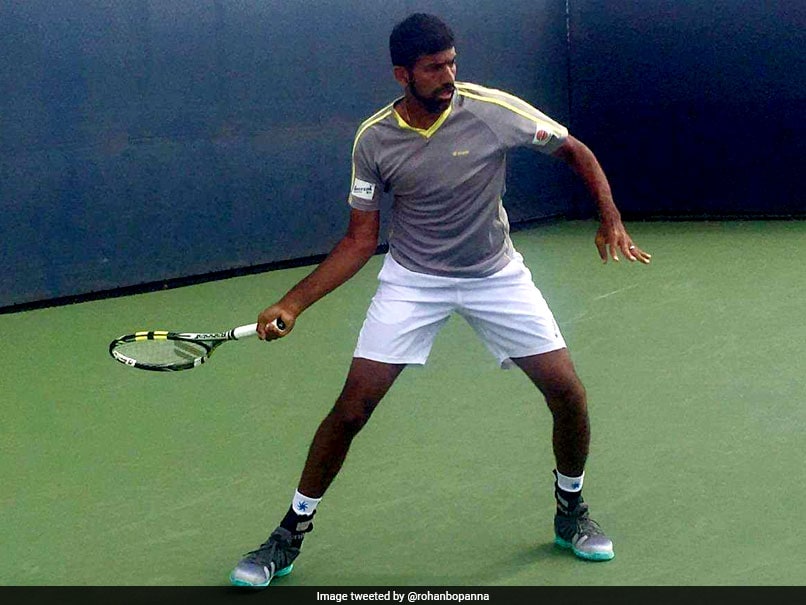 The pair of Bopanna and Babos reached the finals of mixed doubles in Australian Open.© Twitter

India's Rohan Bopanna inched closer towards his second Grand Slam title by reaching the mixed doubles final of the Australian Open along with Hungarian partner Timea Babos, on Friday. Bopanna served well while Babos stood out with her fierce returns in their 7-5 5-7 10-6 win over Brazilian Marcelo Demoliner and Spain's Maria Jose Martinez Sanchez in the semifinal. Bopanna had won his maiden Grand Slam crown at the 2017 French Open, where he won with Canadian Gabriela Dabrowski. Interestingly, Dabrowski will now be on the other side of the net when Bopanna will strive to win his maiden title at the Rod Laver Arena. For Babos, a mixed doubles title will mean a double delight as she has already won the women's doubles title.

Dabrowski has reached the final with Croatian Mate Pavic after beating Bruno Soares and Ekaterina Makarova 6-1 6-4 in the other semifinal.

Bopanna is only fourth Indian to lay hands on a Major trophy after Mahesh Bhupathi, Leander Paes and Sania Mirza. The French Open title and his performance at the Melbourne Park will surely make him a strong contender for the Arjuna award this year, having missed out in 2017.

In the men's doubles though, Bopanna did not go deep in the draw, losing in the third round with Edourad Roger-Vasselin.

Martinez Sanchez served for the second set at 6-5 and had two set points but Baboas returned extremely well to save both. However the left-hander succeeded in drawing the parity when Hungarian hit one wide.

In the Super tie-breaker also, it was hard and flat return from Babos which earned the side a mini break at 2-3 as her double-handed backhand almost took the head of Demoliner at the net.

Bopanna found a good volley winner to make it 5-2 before two service holds from the Indian handed them a commanding 7-2 lead. From there onwards, it was not difficult to close the match in their favour.

Comments
Topics mentioned in this article
Rohan Bopanna Timea Babos Tennis
Get the latest updates on ICC T20 Worldcup 2022, check out the Schedule and Live Score. Like us on Facebook or follow us on Twitter for more sports updates. You can also download the NDTV Cricket app for Android or iOS.