Leander Paes and his Brazilian partner Andre Sa had a one-set advantage but lost 6-4, 6-7(3), 4-6 to 10th seeded pair of Treat Huey and Max Mirnyi 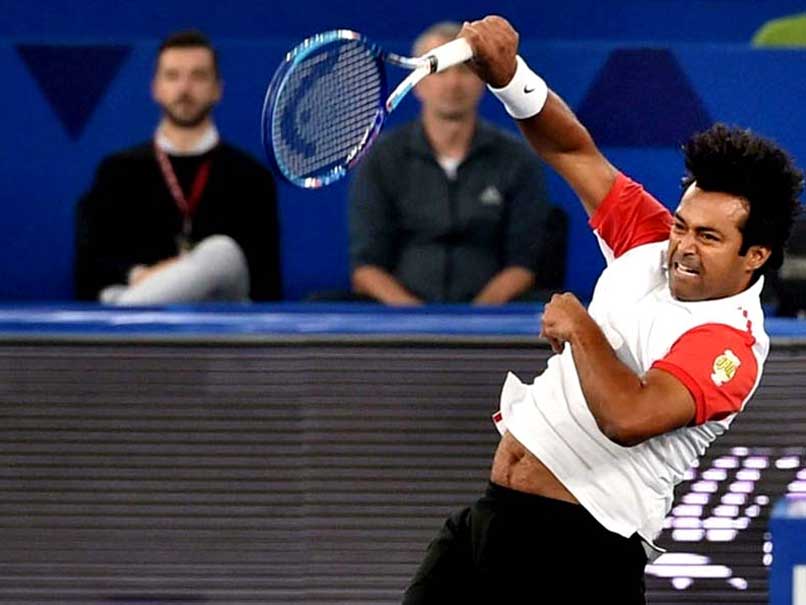 Leander Paes and Andre Sa blew away a good start to lose in three sets.© PTI

Indian tennis players had a poor outing at the Australian Open on Thursday as Leander Paes and the pair of Purav Raja and Divij Sharan lost their respective men's doubles first round matches at Melbourne Park. Paes and his Brazilian partner Andre Sa had a one-set advantage but lost 6-4, 6-7(3), 4-6 to 10th seeded pair of Treat Huey and Max Mirnyi. It was the same team that Paes and Sa had beaten in the Auckland Classic opener.

In another first round match, Raja and Sharan, who ended runners-up at season-opener Chennai Open, fought bravely till the end before suffering a narrow 6-7(9), 6-7(4) defeat against the French team of Jonathan Eysseric and Fabrice Martin.

Paes and his Brazilian partner started well, winning 81 percent of the points on their first serve. However, after winning the first set 6-4, theyr fizzled out.

The Indo-Brazilian pair lost the second set in a tie-break, before losing the final set 4-6.

Rohan Bopanna is now the only Indian left in the men's doubles. Along with Uruguyay's Pablo Cuevas, he is up against local team of Alex Bolt and Bradley Mousley in the second round.

Comments
Topics mentioned in this article
Tennis Leander Paes Andre Sa Divij Sharan Purav Raja
Get the latest updates on IPL 2021, IPL Points Table , IPL Schedule 2021 , live score . Like us on Facebook or follow us on Twitter for more sports updates. You can also download the NDTV Cricket app for Android or iOS.