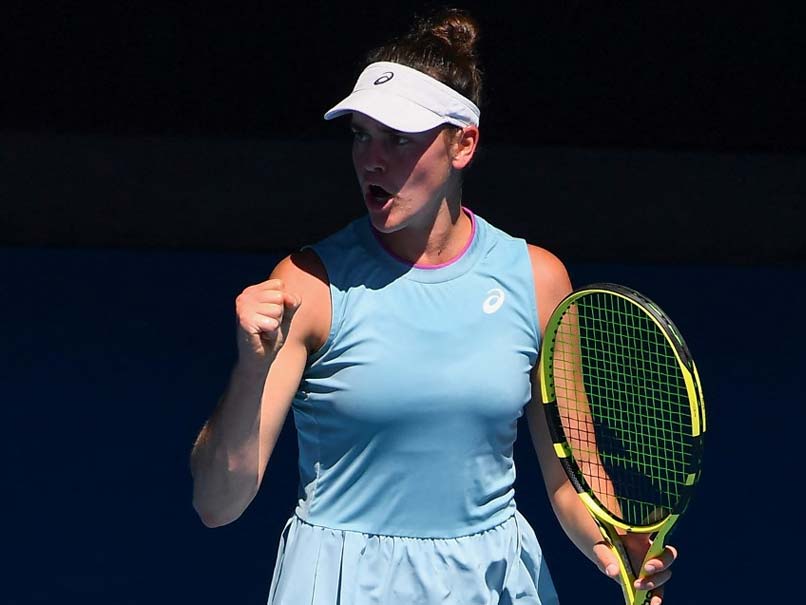 Big-serving Jennifer Brady staged a comeback three-set victory over fellow American Jessica Pegula Thursday to book an Australian Open semi-final with Karolina Muchova. The 22nd seed cast friendship aside and finished strongly with a 4-6, 6-2, 6-1 win on Rod Laver Arena and will now face Czech 25th seed Muchova, who earlier stunned world number one Ashleigh Barty. Brady is the last woman standing among those forced into a hard 14-day quarantine after arriving in Australia. "We're such good friends. I know we will having many more tough battles," she said of Pegula, whose billionaire father owns the Buffalo Bills NFL franchise.

"I felt the pressure from her. She's such an aggressive player," added Brady, who hit 22 winners and seven aces. "I was looking to push her back and get more on offense. I think I played a really good third set."

Brady, who had only been broken twice in the tournament before the match, was under pressure from Pegula, who won 14 points in a row to dominate the early exchanges in humid conditions.

Brady, 25, slammed down four straight aces in the seventh game but her serve then became errant as Pegula sealed the first set.

Brady skipped out to a 3-0 lead in the second as she eyed forcing a decider but relinquished her advantage and threw her racquet in frustration after losing a point.

The outburst, much like Novak Djokovic on Tuesday, seemed to refocus Brady, who then ran away to take it to a deciding set.

The see-saw continued in the third set with breaks traded before Brady took control of Pegula's serve to reach the final four of a Grand Slam for the second time.

Before last year's US Open, where she lost an epic semi-final to eventual champion Naomi Osaka, Brady had been bounced out of the first round four times in her previous five majors.

Comments
Topics mentioned in this article
Jessica Pegula Tennis
Get the latest updates on Fifa Worldcup 2022 and check out  Fifa World Cup Schedule, Stats and Live Cricket Score. Like us on Facebook or follow us on Twitter for more sports updates. You can also download the NDTV Cricket app for Android or iOS.