Australian Open: India's Prajnesh Gunneswaran Knocked Out In First Round

Prajnesh Gunneswaran lost a golden opportunity to face Novak Djokovic in the second round after suffering straight sets defeat to Japan's Tatsuma Ito. 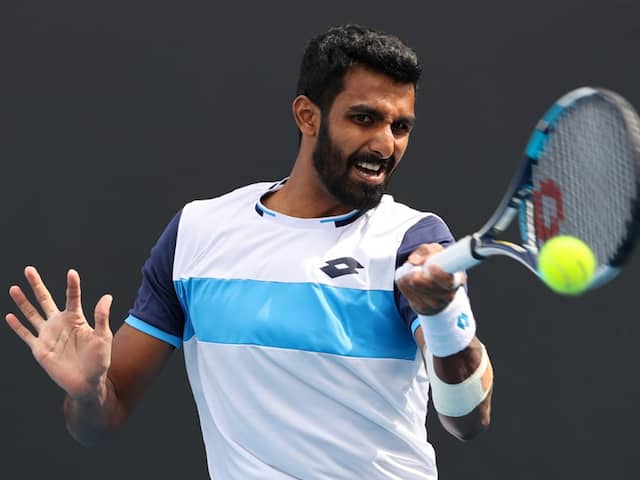 India's top ranked tennis player Prajnesh Gunneswaran missed out on a chance to play against world no.2 Novak Djokovic as he crashed out in the men's singles opening round of the Australian Open on Tuesday. World no.122 Prajnesh, who entered the main draw as a lucky loser in the qualifiers, lost in straight sets 6-4, 6-2, 7-5 against Japanese wild card Tatsuma Ito, ranked 22 places below the Indian, in a rescheduled first round tie that lasted for two hours and one minute.

With this loss, Prajnesh lost a golden opportunity to face Djokovic in the second round. Ito will now take on the Serbian in his next match.

This was Prajnesh's fifth straight appearance in the main draw of a Grand Slam event having earlier played in the Wimbledon, French Open and the US Open due to his better rankings.

With Prajnesh's ouster, India's campaign ended in the singles event of the Australian Open.

In the women's doubles, Sania Mirza and Nadiia Kichenok of Ukraine will take on Chinese combination of Xinyun Han and Lin Zhu in the opening round.

Returning to the court after a two-year maternity break, Sania had won the Hobart International title recently partnering Kichenok.

Comments
Topics mentioned in this article
Prajnesh Gunneswaran Tennis
Get the latest Cricket news, check out the India cricket schedule, Cricket live score . Like us on Facebook or follow us on Twitter for more sports updates. You can also download the NDTV Cricket app for Android or iOS.