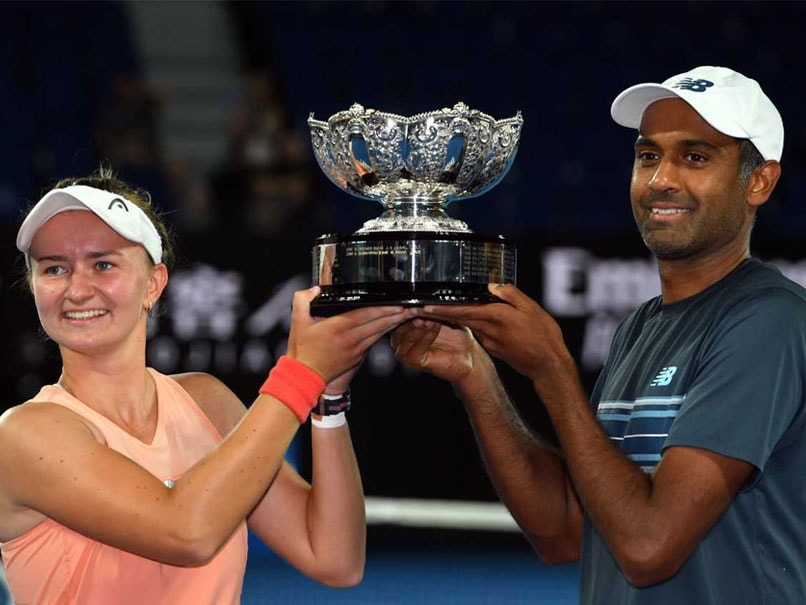 Barbora Krejcikova and Rajeev Ram ruined local hopes by beating Australian wildcard duo Astra Sharma and John-Patrick Smith to win the Australian Open mixed doubles title on Saturday. The Czech-American pairing seeded three, battled through 7-6 (7/3), 6-1 at the Rod Laver Arena, using their experience to come out on top. It was their first mixed doubles title.

Earlier, Japan's Naomi Osaka held her nerves to battle past Petra Kvitova to win the Australian Open in a three-set thriller that also delivered her the world number one ranking. The fourth seed and US Open champion triumphed 7-6 (7/2), 5-7, 6-4 in a 2hr 27min epic over the Czech eighth seed to claim back-to-back Grand Slams and become the first Asian, male or female, to hold the top spot.

The Japanese youngster fell to one knee in celebration, head bowed, as Melbourne Park erupted in thunderous cheers. "I felt like I was in a state of shock through the entire trophy presentation," the 21-year-old said. A rattled Osaka almost blew her title hopes with one hand on the trophy when she failed to convert three championship points leading 5-3 in the second set.

The never-say-die Kvitova forced a deciding set before Osaka finally edged ahead with a decisive break early in the third. "Of course I felt very disappointed and sad when I had three match points," she said.

Her jubilation was a marked contrast to Osaka's maiden Slam win last year when she tearfully hid her face as boos rang around Flushing Meadows in the wake of losing finalist Serena Williams' tirade at the umpire.

This time, Osaka cried with joy and smiled as she became the youngest woman to win back-to-back majors since Martina Hingis in 1998 and the youngest number one since Caroline Wozniacki in 2010.

Comments
Topics mentioned in this article
Rajeev Ram John-Patrick Smith Tennis
Get the latest updates on ICC T20 Worldcup 2022 and CWG 2022 check out the Schedule, Live Score and Medals Tally. Like us on Facebook or follow us on Twitter for more sports updates. You can also download the NDTV Cricket app for Android or iOS.