Australian Open 2016: Venus Williams Crashes Out in First Round, Loses to Johanna Konta

Venus Williams suffered a shock first round exit in the 2016 Australian Open as she was thrashed by 47th-ranked British Player Johanna Konta 4-6,2-6 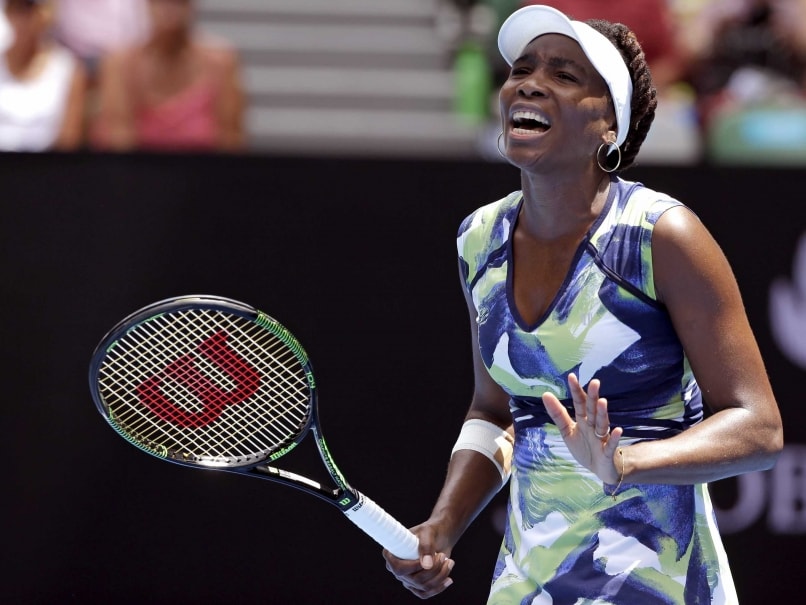 Venus Williams suffered a shocking 4-6,2-6 loss to Britain's Johanna Konta in the first round of the Australian Open.© AP
Melbourne:

Venus Williams tried to rally, winning two games and getting another break-point chance after falling a set and 5-0 behind, before her 16th trip to the Australian Open finished in a first-round loss to Johanna Konta. (Australian Open: Garbine Muguruza Sails Into Second Round)

The 35-year-old, seven-time major winner trudged off Rod Laver Arena, waving to the crowd at 1:55 p.m. on the second day of the tournament following a surprising 6-4, 6-2 loss to the No. 47-ranked Konta, a Sydney-born British player who was making her debut in the main draw at the Australian Open after losing twice previously in qualifying.

Williams had a career comeback last season, winning three titles, finding some consistency after a long struggle with illness and finishing the year in the top 10 for the first time since 2010. She reached the quarterfinals at the Australian and U.S. Opens - the first and last majors of the year.

In 2016, she's 0-2 after also losing in a warmup tournament at Auckland, New Zealand.

It was the eighth time she's lost in the first round of a Grand Slam tournament and the third in Australia, where she reached the quarterfinals in her first appearance in 1998 and lost the final to her youngest sister, Serena, in 2003.

Konta was really going for her groundstrokes in a high-risk, high-reward approach that kept Williams, who had wrapping on her left leg, on the defensive.

"When the draw came out and I saw who I was playing I was like 'Well, ok, I just hope to stay out there more than an hour,'" Konta said in a post-match TV interview, apparently as surprised as anyone after her straight sets win over the No. 8-seeded Williams.

No. 3 Garbine Muguruza needed exactly an hour to beat Estonian qualifier Anett Kontaveit 6-0, 6-4, No. 11 Timea Bacsinszky advanced over Katerina Siniakova 6-3, 7-5 and No. 15 Madison Keys, a semifinalist here last year, had to save set points in the first before beating Zarina Diyas 7-6 (5), 6-1.

No. 2-ranked Andy Murray, a four-time Australian Open finalist, was playing Alexander Zverev on Margaret Court Arena and No. 5 Rafael Nadal was playing fellow Spaniard Fernando Verdasco in a rematch of the epic semifinal here in 2009.

Comments
Topics mentioned in this article
Johanna Konta Venus Williams Tennis
Get the latest updates on IPL 2021, IPL Points Table , IPL Schedule 2021 , live score . Like us on Facebook or follow us on Twitter for more sports updates. You can also download the NDTV Cricket app for Android or iOS.