Angelique Kerber reached her maiden Grand Slam final as she ended Johanna Konta's fairy-tale run in the 2016 Australian Open with a 7-5, 6-2 win 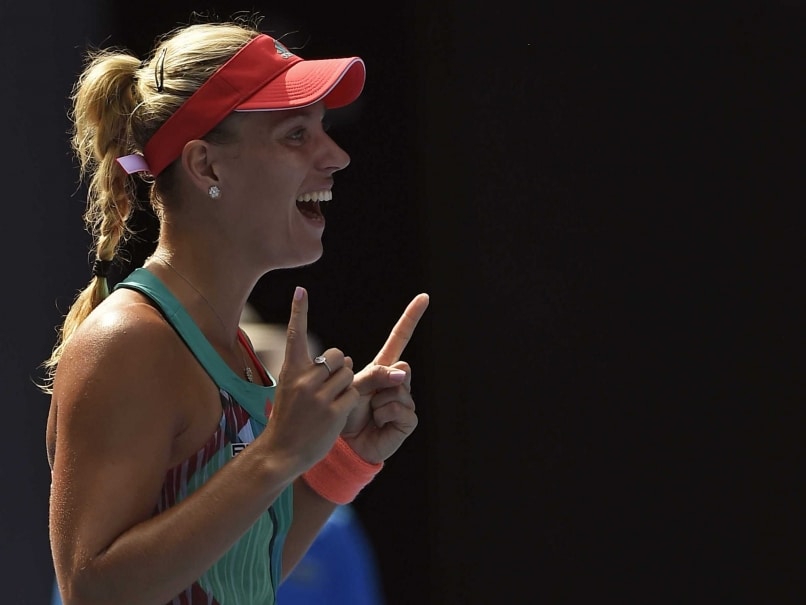 The 28-year-old, buoyed by a new-found self-belief inspired by fellow German Steffi Graf, proved too hot to handle for Konta as she won 7-5, 6-2 on Rod Laver Arena. ('Idol' Steffi Graf Teaches Angelique Kerber to Believe)

The win puts the left-hander into her first ever Grand Slam final on her 33rd attempt, marking the first time a German has got so far at Melbourne Park since 1996.

That year, Anke Huber made the final where she lost to Monica Seles. Graf is the last German champion in Melbourne, winning the last of her four Australian titles in 1994.

But Kerber now has a momentous task ahead against a player in awesome form, after defending champion Williams swept past fourth seed Agnieszka Radwanska 6-0, 6-4 in the other semi-final.

The German, who is guaranteed to return to the world top five, beat two-time champion Victoria Azarenka in the last eight and the task facing Konta, ranked 47, was always a big ask.

The Briton, who has risen 100 rankings places in the past year, was on her tournament main draw debut having failed to come through qualifying last season.

But her defeat of eighth seed Venus Williams in the opening round gave her a huge boost, and against the odds she kept her run going to become Britain's first female Grand Slam semi-finalist since 1983.

Konta was bidding to become the first British woman to reach a Grand Slam final since Virginia Wade at Wimbledon in 1977, and the first in Melbourne since Wade in 1972, but it was not to be.

Both players were tentative as the first game got underway. Konta felt the early pressure as sloppy errors allowed Kerber to snare three break points, but some beautiful winners saved each one.

It was all in vain as Kerber broke for a 1-0 advantage when Konta slammed a forehand into the net on the fourth break point.Â  Â

The experienced German, who had never previously gone past the fourth round in Melbourne, kept her nerve to hold serve and then broke again as Konta struggled to control her dangerous forehand, giving away easy points.

Undeterred, she sharpened up and began pushing Kerber around, and with power and precision returning to her groundstrokes, Konta got a break back to be 1-3 behind.

The Briton held serve then hauled herself back into the match in a stellar fightback as she reeled off her third straight game in a row, capitalising as Kerber's focus lapsed.

Konta stayed on the attack as her serve started to fire and she surged 4-3 in front.

It became a tight contest and went with serve until three unforced errors from the Brit in the 11th game, including a crucial forehand into the net, gave Kerber the vital break and she served to love for the set.

With the first set under her belt, Kerber came out for the second set aggressively, hitting hard to grab an early break and pile the pressure on Konta.

It then went with serve to 3-1 but Konta was fading fast as she struggled to stay in the match.

As the Briton's error count climbed, the German pounced to go 4-1 in front, screaming "C'mon!" as her opponent hit a weak forehand into the net.

Sensing victory, she made no mistakes to serve for the match and become the first left-hander to make the final since Seles in 1996.

Comments
Topics mentioned in this article
Angelique Kerber Johanna Konta Serena Williams Tennis
Get the latest updates on IPL 2021, IPL Points Table , IPL Schedule 2021 , live score . Like us on Facebook or follow us on Twitter for more sports updates. You can also download the NDTV Cricket app for Android or iOS.