Rafael Nadal has never won the end-of-season tournament and had a miserable start at the O2 Arena, being outplayed by Germany's Alexander Zverev. 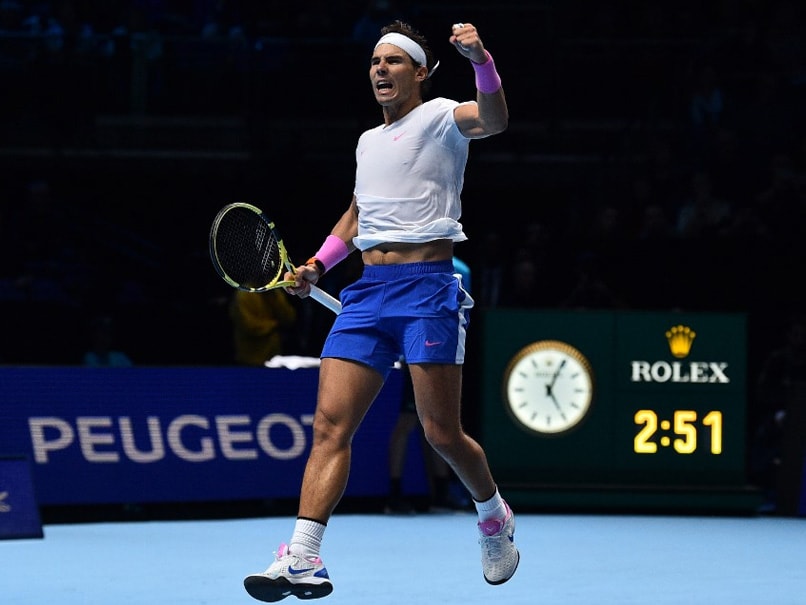 Rafael Nadal recovered to beat Stefanos Tsitsipas 6-7 (4/7), 6-4, 7-5 on Friday but faces an anxious wait to find out whether he will qualify for the last four at the ATP Finals. The Spanish top seed is pinning his hopes on Daniil Medvedev beating defending champion Alexander Zverev in the evening match in Group Andre Agassi in London.

Nadal, who has already secured the year-end number one ranking, has never won the end-of-season tournament and had a miserable start at the O2 Arena, being outplayed by Germany's Zverev.

But the 19-time Grand Slam champion produced an astonishing comeback to defeat Medvedev, the Russian fourth seed, on Wednesday and give himself a chance of qualifying from the round-robin phase.

Tsitsipas, 21, had already qualified for the semi-finals before Friday's match after beating Medvedev and Zverev.

Serve dominated in the first set on Friday, with neither Nadal nor Tsitsipas facing a break point as the match drifted inexorably towards a tie-break.

The Greek sixth seed came out on top, hammering an ace on his first match point to seal the set.

The second set followed a similar pattern until the fifth game, when a Tsitsipas double-fault handed Nadal two break points -- the first of the match.

The Spaniard could not capitalise but he upped the pressure in Tsitsipas's next serve game and earned another break point, which the Greek again survived.

But Nadal earned a fourth break point in Tsitsipas's next service game and this time the Greek player slapped a regulation forehand wide and Nadal went on to level the match.

A pumped-up Nadal maintained his momentum in the early stages of the deciding set, putting consistent pressure on his opponent's serve but he failed to convert a clutch of break points.

Nadal earned two more break points in the 11th game and this time made it count as Tsitsipas put a backhand wide and he served out to win the match.

Nadal's efforts will count for nothing unless Medvedev beats Zverev in the later match at the O2 Arena. A win for the German would send Nadal home.

If Medvedev, who cannot progress, beats Zverev, Nadal would face a mouthwatering match against Roger Federer.

Six-time champion Federer, who was in Group Bjorn Borg, secured a spot in the semi-finals for the 16th time in his career on Thursday by beating Novak Djokovic in straight sets.

Comments
Topics mentioned in this article
Rafael Nadal Alexander Zverev Tennis
Get the latest updates on Olympics 2020, Olympics 2020 Medal Tally, Live Cricket Score . Like us on Facebook or follow us on Twitter for more sports updates. You can also download the NDTV Cricket app for Android or iOS.