Jo-Wilfried Tsonga, Gael Monfils, Richard Gasquet, Julien Benneteau and Gilles Simon had been recalled after helping France beat the Czech Republic 4-1 in the semi-finals in September. 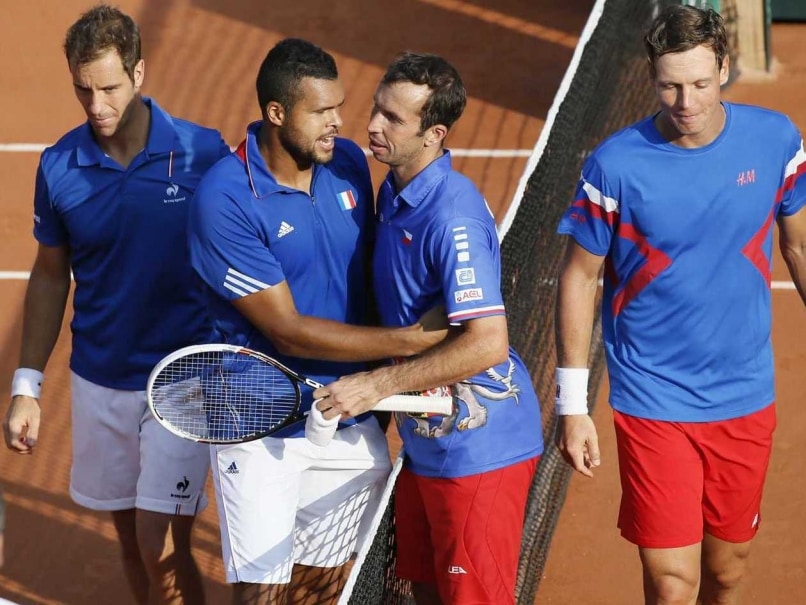 France captain Arnaud Clement on Tuesday named a team with no surprises to contest the Davis Cup final against Switzerland in Lille from November 21-23.

Jo-Wilfried Tsonga, Gael Monfils, Richard Gasquet, Julien Benneteau and Gilles Simon had been recalled after helping France beat the Czech Republic 4-1 in the semi-finals in September.

Tsonga, Monfils, Gasquet, and Simon are already training with France in Bordeaux and could be joined by Benneteau this week should he suffer an early elimination from the ATP Tour Finals in London where he is playing the doubles with Edouard Roger-Vasselin.

"It's a childhood dream that I'm living, there is just one step to go but it's a relatively high step," said Tsonga.

"I hope that I will be at the highest level and we're going to fulfil the challenge that awaits us with this team," added the French number one.

"We're thinking every day about the matches against (Roger) Federer and (Stan) Wawrinka and each training session will help us be ready for the final. It is a combination of fear and excitement" added the former Australian Open finalist.

Roger Federer and Stan Wawrinka, who are also playing the ATP Tour Finals, will be joined in northern France by Marco Chiudinelli and Michael Lammer, ranked 198th and 513th, respectively.

The draw for the France-Swiss tie will take place on November 20. Until then both teams have the option of changing two of their five players.

It will be the 13th meeting between both countries with France leading 10-2, having won their last meeting in 2004.

France have won the Davis Cup nine times, most recently in 2001, but also reached the 2010 final where they were beaten 3-2 by a Serbia side led by world number one Novak Djokovic in Belgrade.

Switzerland have never lifted the famous trophy and came closest to victory in 1992 when they were beaten 3-1 in the final by the United States.

Comments
Topics mentioned in this article
Arnaud Clement Jo-Wilfried Tsonga Gael Monfils Richard Gasquet Julien Benneteau Gilles Simon Tennis
Get the latest updates on IPL 2021, check out the IPL 2021 Schedule and Indian Premier League Live Score . Like us on Facebook or follow us on Twitter for more sports updates. You can also download the NDTV Cricket app for Android or iOS.