Andy Murray sent off his Czech rival Tomas Berdych 6-3,6-3,6-3 to set up a title showdown with Canadian Milos Raonic at the All England Club. Catch highlights of Andy Murray vs Tomas Berdych semis match here. 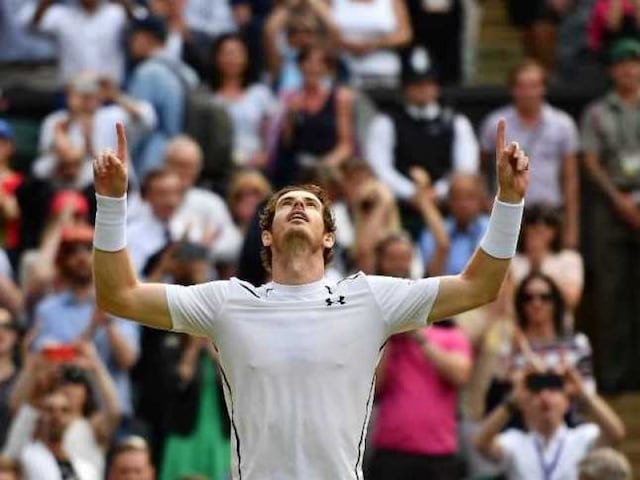 23:30 IST: With this win, Andy Murray has made it to 11 Grand Slam finals, it is the most by a British tennis player in history. He will be eyeing a third Grand Slam title when he faces Raonic. That's all for today's coverage. GOOD NIGHT!Â

23:24 IST: MURRAY WINS IT! The Briton sets a up a Wimbledon 2016 final showdown with Milos Raonic. Both the players exchange greetings following which Murray thumps his fists in the air.Â

23:15 IST: Murray is 5-2 up against Berdych. He has been able to keep Berdych on the backfoot throughout the game.

Closing in on a third #Wimbledon final?

Murray breaks for a fifth time to take a 3-1 lead in the third set pic.twitter.com/DX8Q9eNTCa

22:52 IST: Berdych loses the first game. However, he wins the second one with an ace despite trailing 0-15.

Will Murray close it out in three?
Or will Berdych do a Tsonga?#Wimbledon pic.twitter.com/9OuF82MX1s


Only a set eludes him from a final showdown with Raonic, who stunned Federer after a hard-fought match.

22:46 IST: Murray takes two set points. He is clearly in the driving seat.

22:36 hrs IST: FIFTH DEUCE!! After Berdych earns a breakpoint, it has been a relentless tussle. But Murray holds serve!!Â

22:33 IST: An interesting duel is on at the Centre court. Murray failed to capitalise on the advantage he held in the beginning.

22:31 IST: Its advantage Murray as he forces a second deuce.

22:22 IST: Â It's advantage Murray and he gets two break points.Â

22:19 IST: Berdych is serving for Game 5 and already has three points to his kitty. However, Murray bounces back and gains a point due to the former's successive forehand forced errors.

22:09 IST: Berdych loses the second game, as Murray bounces back mainly due to the former's continued stint with unforced errors.

21:51 IST: Berdych is serving for Game 8. A backhand forced error costs him points, but he bounces back to level score.

21:46 IST: Murray wins the point with a backhand winner, only to concede the lead to his opponent. However, the Czech continues to falter and loses the game. Murray is 4-3 up.

21: 38 IST: Berdych is serving Game 6 and wins it, as Murray continues to lose points due to a series of backhand unforced errors.Â

21:36 IST: Murray wins Game 5 with a forehand winner. Buoyed by a point from ace, he continued his dominance throughout the game.Â

21:33 IST: Berdych bounces back to take the fourth game. Murray is ready to serve for Game 5.

21:31 IST: Murray is 2-1 up in the first set after three games. Berdych serves for Game 4. Loses a point before levelling it against the Briton. He had won the break in the last game with a superb forehand volley.

21:29 IST: Berdych loses a point with a backhand unforced error. Later, he makes amends by levelling it by a forehand winner. 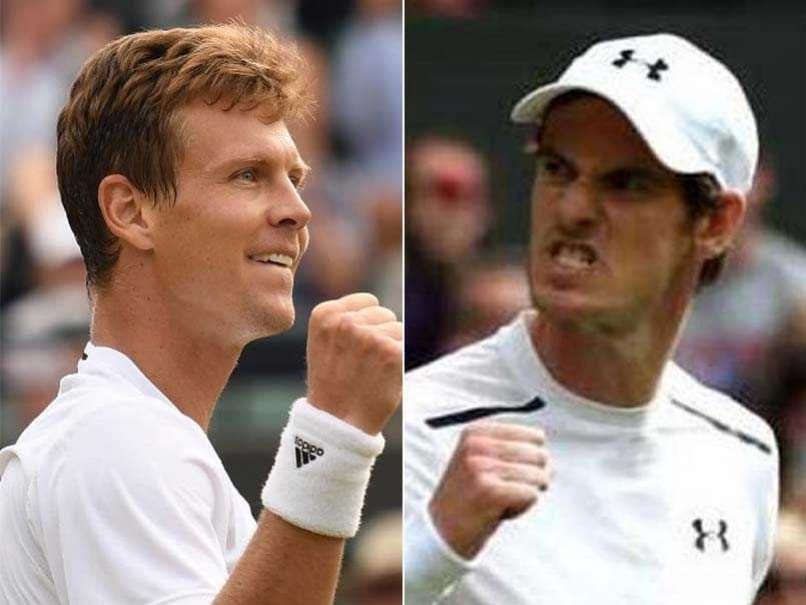 Tomas Berdych and Andy Murray's Wimbledon Semi-Final will be their first meeting on grass.

Six years after Berdych beat Roger Federer and Novak Djokovic to reach the Wimbledon final, it almost seems like his career has stalled as he has failed to reach another slam final.

Earlier this year, Berdych even suffered the humiliation of a 6-0, 6-0 whitewash by David Goffin in Rome but Murray will not be taking anything for granted as he bids to become the first British man to win multiple Wimbledon titles since Fred Perry claimed a hat-trick from 1934-36.

Berdych trails Murray by 8-6 in career meetings. This will be the first time the two will meet on grass. Berdych has an impressive 57 grass court wins in his career and has been a permanent fixture in the top 10 for six years.

Comments
Topics mentioned in this article
Live Blogs Andy Murray Tomas Berdych Tennis
Get the latest Cricket news, check out the India cricket schedule, Cricket live score . Like us on Facebook or follow us on Twitter for more sports updates. You can also download the NDTV Cricket app for Android or iOS.