Using Lleyton Hewitt's nickname, Andy Murray christened the dog 'Rusty' in honour of one of his favourite players. 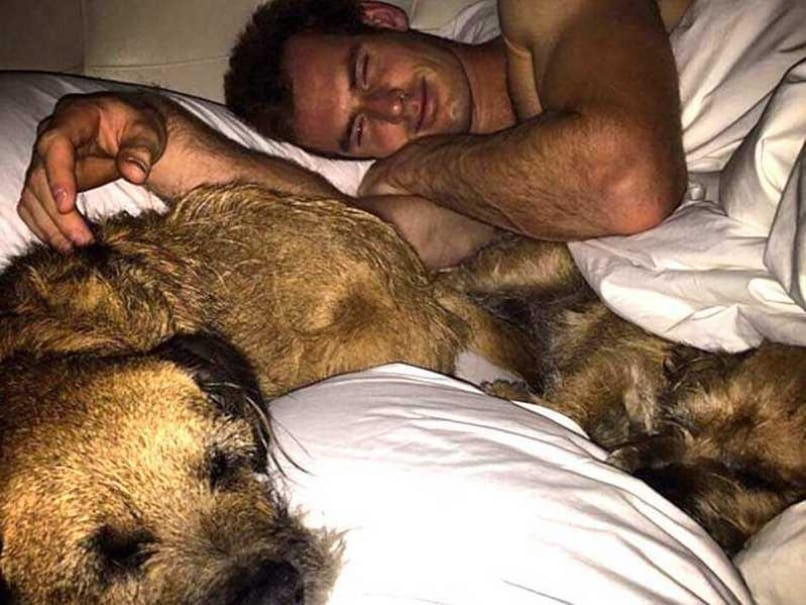 Lleyton Hewitt has received plenty of tributes during his farewell tournament but perhaps the strangest came from Andy Murray, who revealed he had named a dog after the Australian star. (Australian Open: Lleyton Hewitt's Singles Career Comes to an End After Loss to David Ferrer)

Using Hewitt's nickname, Murray christened the dog 'Rusty' in honour of one of his favourite players.

"I actually named one of my dogs after him because he was someone who I loved growing up," Murray said. (Lleyton Hewitt, From Tearaway to National Treasure)

"He was an idol for me but when I came on the tour he was always very nice to me... you remember that as you get older."

Murray has a special fondness for animals, also revealing that his first pet was a hamster called Whiskey which he got when he was 10.

The 34-year-old Hewitt bowed out of the singles competition after a straights sets loss to David Ferrer. The former world number one lost in the second round to No. 8 Ferrer 6-2, 6-4, 6-4.

The Australian star, however, still has a chance as he teams up with Sam Groth in the doubles tournament.Â

Comments
Topics mentioned in this article
Andy Murray Lleyton Hewitt Tennis
Get the latest updates on IPL 2021, check out the IPL 2021 Schedule and Indian Premier League Live Score . Like us on Facebook or follow us on Twitter for more sports updates. You can also download the NDTV Cricket app for Android or iOS.