Andy Murray beat Milos Raonic to win his second Wimbledon title while World No.1 suffered a shock loss to Sam Querrey in the third at the All England Club 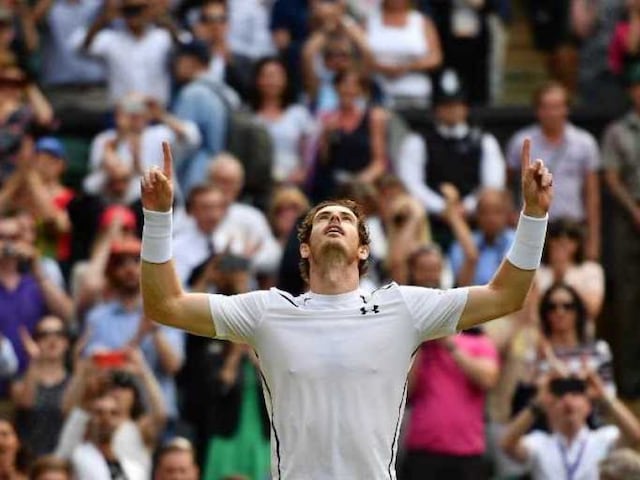 Andy Murray's Wimbledon title allowed him to make a dent on Monday in the still-substantial gap in the ATP rankings between him and World No.1 Novak Djokovic, last year's champion at the All England Club.

Serena Williams' seventh title at Wimbledon and record-tying 22nd at a Grand Slam tournament kept her at No.1 in the WTA rankings, while runner-up Angelique Kerber jumped two spots to No.2.

The 34-year-old Williams, the oldest No.1 in WTA history, has held the top spot since February 2013.

Garbine Muguruza, who beat Williams in the French Open final but lost in Wimbledon's second round, fell from No.2 to No.3.

Williams' sister Venus moved up one spot to No.7 after reaching her first major semifinal since the 2010 US Open. At 36, she was the oldest woman to make it to the final four at a Grand Slam tournament since Martina Navratilova was the runner-up at Wimbledon in 1994.

There was little movement in the men's top 10.

Roger Federer stayed at No.3, and Rafael Nadal at No.4. Tomas Berdych, who lost to Murray in the semifinals, went from No.9 to No.8, while Jo-Wilfried Tsonga, beaten by the eventual champion in the quarterfinals, moved up two spots to No.10.

Lucas Pouille's run to his first major quarterfinal put him at a career-best No.21, a rise of nine places.

Comments
Topics mentioned in this article
Andy Murray Novak Djokovic Roger Federer Serena Williams Garbine Muguruza Tomas Berdych Tennis
Get the latest Cricket news, check out the India cricket schedule, Cricket live score . Like us on Facebook or follow us on Twitter for more sports updates. You can also download the NDTV Cricket app for Android or iOS.