Jiri Vesely defeated Lleyton Hewitt, who will retire after the Australian Open, 6-3, 6-7 (1), 6-4 before Karolina Pliskova came from 3-1 down in the second set to beat Jarmila Wolfe Gajdosova 7-5, 6-3 at Perth, Western Australia. 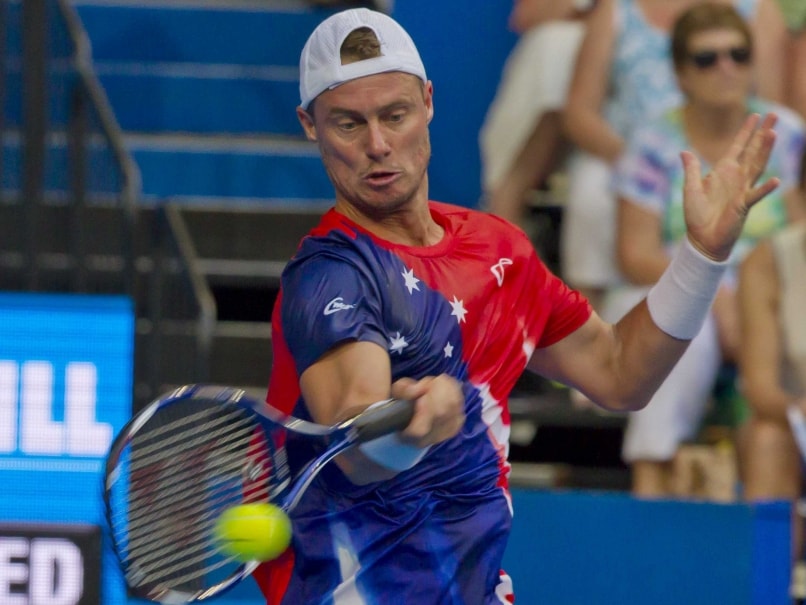 Lleyton Hewitt of the Australia Gold team hits a return against Jiri Vesely of the Czech Republic during their second session men's singles match on day one of the Hopman Cup tennis tournament in Perth.© AFP

Lleyton Hewitt lost just weeks away from his retirement as Czech Republic beat the Australia Gold team at the Hopman Cup mixed teams event on Sunday. (Read More in Tennis)

Jiri Vesely defeated Hewitt, who will retire after the Australian Open, 6-3, 6-7 (1), 6-4 before Karolina Pliskova came from 3-1 down in the second set to beat Jarmila Wolfe Gajdosova 7-5, 6-3 at Perth, Western Australia.

It gave the Czechs a winning 2-0 edge ahead of the mixed doubles.

"Jiri is a quality player and deserved to win, but it was just good to come out here for the first game of the year and get a tough match," Hewitt said. "Hopefully I can come out for the rest of the week now and get better from here to get ready for the rest of the summer."

Hewitt, a two-time Grand Slam champion and former No. 1, has already been named Australia's Davis Cup captain and will be in charge of the team against the United States in the first round of World Group play from March 4-6 at Kooyong in Melbourne.

For the first time in the Hopman Cup's 28-year history, Australia is being represented by two teams.

Earlier, Nick Kyrgios broke Alexander Zverev's service at 3-3 in the deciding set for a 4-6, 6-1, 6-4 win, giving his Australia Green team the winning edge over Germany. Russian-born Daria Gavrilova beat Sabine Lisicki 6-2, 6-2 to give the Australian side the early lead, and Kyrgios and Gavrilova later combined for a 6-3, 4-6, 10-7 (match tiebreak) win in mixed doubles to complete a 3-0 win.

"I really like the kid," the 20-year-old Kyrgios said. "He's got a great future ahead and he's a great athlete for his size and moves well and serves big."

On Monday, Serena Williams and Jack Sock of the United States play Ukraine, while Andy Murray and Heather Watson lead Britain into its match against France. 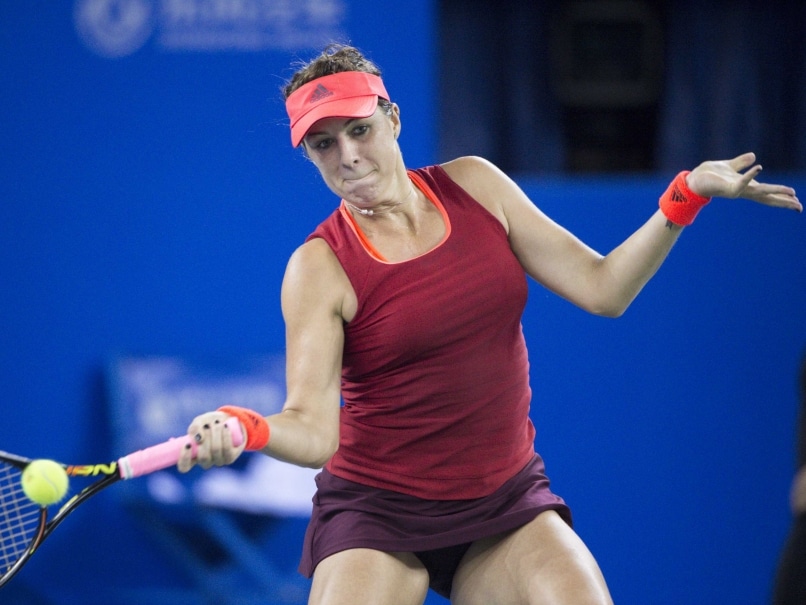 Anastasia Pavlyuchenkova of Russia thrashed Timea Bacsinszky of Switzerland 6-2, 6-1 in the Brisbane International.

At the Brisbane International, former Australian Open finalist Dominika Cibulkova overcame Belgium's Yanina Wickmayer, recovering from 4-3 and 0-40 down on her serve in the third set to win 3-6, 6-4, 6-4.

The Slovakian will next face the winner of the first-round match between former No. 1 Jelena Jankovic of Serbia and eighth-seeded Roberta Vinci of Italy, who upset Williams in the U.S. Open semifinals last year, ending Williams's attempt at a calendar-year Grand Slam.

In other first-round matches Sunday, Switzerland's Timea Bacsinszky, at No. 5, became the first seeded player eliminated when she was beaten by Russia's Anastasia Pavlyuchenkova, a 2013 finalist in Brisbane, 6-2, 6-1.

In an all-French matchup, Alize Cornet beat Kristina Mladenovic 6-3, 6-4 and Andrea Petkovic of Germany defeated Brazil's Teliana Pereira 6-1, 6-2 in the final match of five first-round matches on the opening day.

Top-seeded Roger Federer and second-seeded Kei Nishikori of Japan have first-round byes in the men's draw at Brisbane. Defending champion Maria Sharapova could play her first-round match on Tuesday.

Federer might not play until Wednesday, and when he does he'll have former No. 3 Ivan Ljubicic as his coach for the first time. The 17-time Grand Slam champion hired the Croat to work alongside head coach Severin Luthi in 2016 after Stefan Edberg opted not to continue with a third year in Federer's camp.

"What I like about him, he's very direct - he lets you know what he sees and thinks," Federer told Australian Associated Press. "We train very well together. He's got good insight. He's played against a bunch of players that I've played against. We played against each other over 15 times as well so he knows my game very well."