Coco Gauff, 16, posted a TikTok video on her Twitter feed, juxtaposing an image of herself clad in a black hoodie with photos of George Floyd, 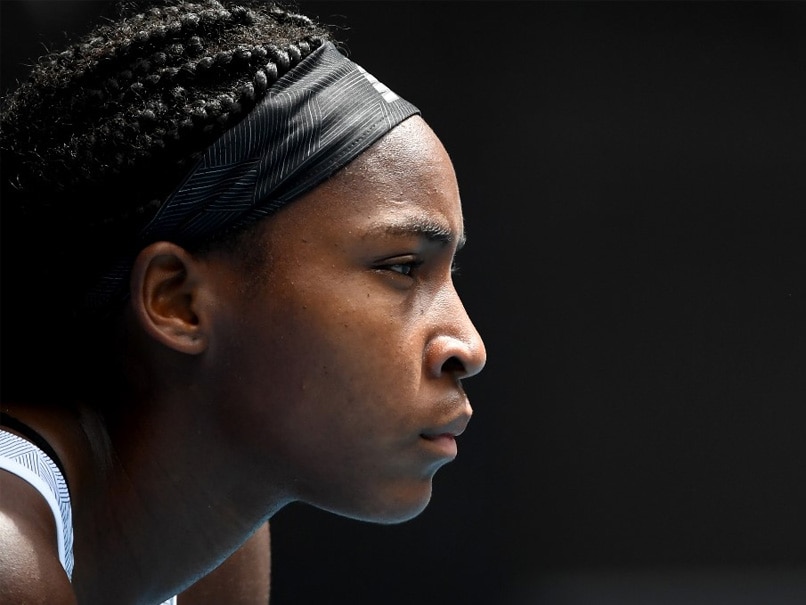 Coco Gauff is among the many athletes to speak out in the wake of George Floyd's death.© AFP

Rising US tennis star Coco Gauff has added her voice to those expressing outrage at the death of an unarmed African American in Minnesota who was in police hands. Minneapolis police officer Derek Chauvin, who can be seen in video kneeling on the neck of a handcuffed George Floyd for at least five minutes, was charged with murder in Floyd's death on Friday as violent protests continued around the country. Gauff, 16, posted a TikTok video on her Twitter feed, juxtaposing an image of herself clad in a black hoodie with photos of Floyd, Ahmaud Arbery, Breonna Taylor, Trayvon Martin and others.

Arbery, a 25-year-old African American, was killed on February 23 while running in a residential neighborhood in Brunswick, Georgia.

Taylor an emergency medical technician who was black, was shot and killed by police who burst into her home in Kentucky in March.

Martin was a high school student when he was shot in 2012 in a killing that helped spark the Black Lives Matter movement.

"Am I next?" a caption asks, as Gauff slowly raises her face and hands to the camera.

Gauff burst on the international tennis scene last year at Wimbledon where she came through qualifying and beat her idol Venus Williams in the first round before exiting in the round of 16.

Solid performances at the US Open and the Australian Open in January saw her crack the top 50 in the world rankings before she turned 16 on March 13.

She is among the many athletes to speak out in the wake of George's death, a group that includes NBA superstar LeBron James and former NFL quarterback Colin Kaepernick -- who was effectively ostracized from the NFL after his kneeling protests of racial injustice in 2016.

As authorities sought to quell violent protests in Minneapolis, Kaepernick said Friday his Know Your Rights Camp was launching an initiative to fund the legal defense of arrested protesters.

Philadelphia Eagles quarterback Carson Wentz decried the "institutional racism" in the United States that makes the experience of African-Americans so different from his own as a white man.

"I don't understand the society we live in that doesn't value all human life," Wentz said.

Joe Burrow, the collegiate star who was taken first overall in the NFL draft by the Cincinnati Bengals last month, urged more white people to get involved.

"The black community needs our help," he tweeted. "They have been unheard for far too long. Open your ears, listen and speak. This isn't politics, this is human rights."

Comments
Topics mentioned in this article
Coco Gauff Tennis
Get the latest updates on Fifa Worldcup 2022 and check out  Fifa World Cup Schedule, Stats and Live Cricket Score. Like us on Facebook or follow us on Twitter for more sports updates. You can also download the NDTV Cricket app for Android or iOS.