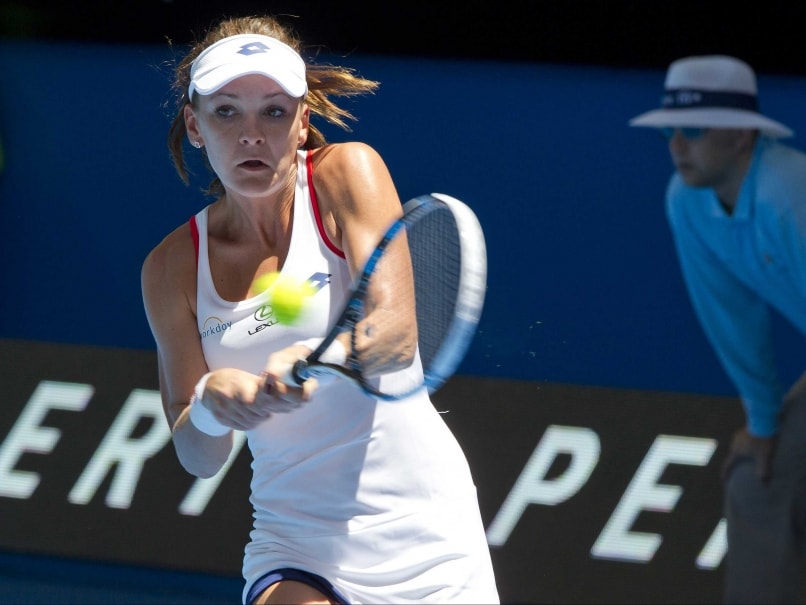 Poland are on the verge of reaching their second successive Hopman Cup final after beating Great Britain 2-1 at the Perth Arena on Wednesday.

The Polish pairing of Agnieszka Radwanska and Jerzy Janowicz remained unbeaten in the mixed teams tournament by claiming the deciding mixed doubles rubber against Heather Watson and Andy Murray in the Group B tie.

The pair were beaten in the title decider by France's Alize Cornet and Jo-Wilfried Tsonga.

The Polish pair will only need to beat this year's French pairing of Cornet and Benoit Paire on Friday to advance to the final of the eight-team tournament.

Radwanska gave the Poles the early ascendancy in Wednesday's tie. She was far too good for 50th-ranked Watson, winning plenty of cheap points through Watson errors in her 65-minute 6-3, 6-1 win.

"I felt very good on the court today and in the second set I was playing much better, I think more consistent and confident and that's for sure," she said.

Radwanska said defeat in last year's final would motivate her in Friday's tie against the French.

Murray, ranked sixth in the world, levelled the tie with an impressive 6-2, 6-4 win over Janowicz.

The Scot dropped the first two games against the dangerous Janowicz, but then reeled off nine successive games to take total control.

Murray had complained of shoulder pain after his opening win against Paire. While he was still a little sore during the clash with Janowicz, he said it was nothing to be concerned about.

"As I'm playing the matches it's starting to feel a little bit better.

"It's not like when I play on it it gets much worse, I do feel much better after a bit of rest and treatment on it."

In the mixed doubles, the Poles were always in control in their 6-4, 6-4 win, creating 15 break points to their opponent's three during the match.

Comments
Topics mentioned in this article
Agnieszka Radwanska Jerzy Janowicz Heather Watson Andy Murray Tennis
Get the latest updates on ICC T20 Worldcup 2022 and CWG 2022 check out the Schedule, Live Score and Medals Tally. Like us on Facebook or follow us on Twitter for more sports updates. You can also download the NDTV Cricket app for Android or iOS.