Adam Peaty clocked 56.88 seconds in semis, becoming the first swimmer to break 57 seconds and eclipsing his previous mark by just over two tenths. 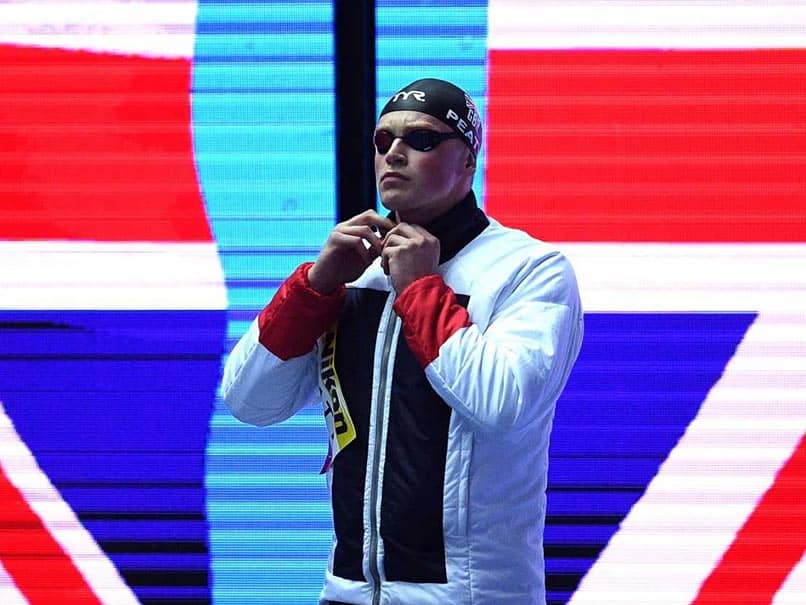 Adam Peaty stormed home to win his semi-final in a time of 56.88 seconds.© AFP

Britain's Adam Peaty shattered his own 100 metres breaststroke world record Sunday as he chased a third successive world title. The Olympic champion stormed home to win his semi-final in a time of 56.88 seconds, becoming the first swimmer to break 57 seconds and eclipsing his previous mark by just over two tenths. Peaty has not been beaten for five years over 100 metres breaststroke in major competition and he never looked in any danger in the second men's semi-final on day one in Gwangju.

"There's no other word except for incredible. I've been chasing that for three years now," said the 24-year-old.

The tattooed pin-up, chasing a hat-trick of world doubles in the 50m and 100m, went out strong, turning 0.12 inside world record pace as fellow Briton James Wilby struggled to keep up.

Peaty punched the air after the roar of the crowd told him he had finally broken the magical 57-second barrier.

China's Yan Zibei won the first semi-final in 58.67 to qualify second behind Peaty for Monday's final.

Adam Peaty promised to go even faster after shattering his own 100 metres breaststroke world record Sunday.

"Ever since I touched that wall in Rio, I knew I could go faster. It always comes down to where and when you do it and what kind of season you've had," he added.

Peaty insisted his main focus was on Monday's final.

"The process in my head is tomorrow anyone can beat me. I think that's the place you've got to be, because if I go into that race thinking I'm the world record holder I won't be achieving the best possible version of myself," he concluded.