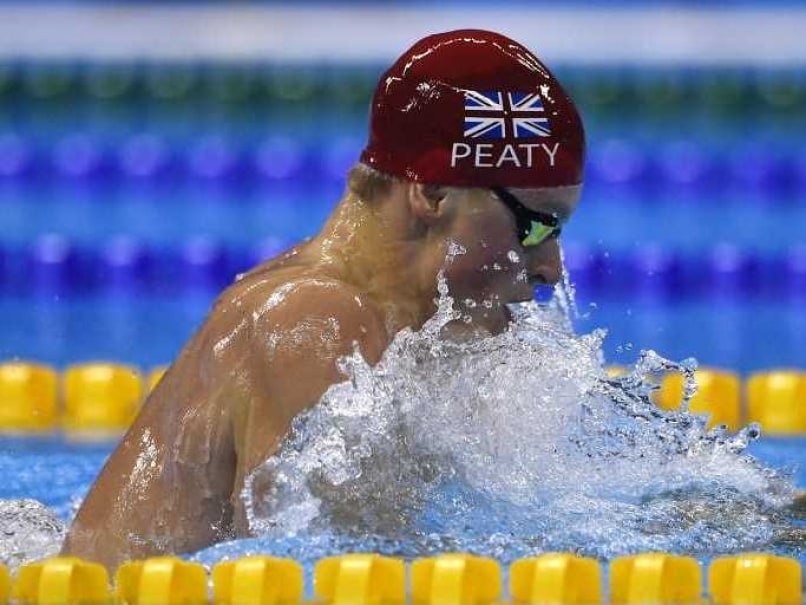 Britain's Adam Peaty in action in the men's 100m breaststroke heat at the 2016 Rio Games.© AFP

Britain's Adam Peaty launched his 2016 Rio Olympics campaign with a world record 57.55sec in the heats of the 100m breaststroke on Saturday.

"Fifty-seven-five, not too shabby," Peaty said.

"I wasn't even pumped up," Peaty added of waiting in the ready room for the first Olympic race of his career. "As soon as we walked in it's fight or flight and I chose to get something out of it.

"You can either be shy of the arena or you can take advantage of it."

Peaty said he knew his first 50m was fast and his turn sharp, but it was not until he heard the crowd roaring with 25 meters remaining that he realized something special was happening.

"There's no Brazilians in this race, they've got to be shouting for something," he said.

Peaty led the way into Saturday night's semi-finals, with the final scheduled for Sunday.

Japan's Yasuhiro Koseki was second-fastest in 58.91 and Brazil's Felipe Franca third-quickest in 59.01.

Aussie Jake Packard, second to Peaty in their heat in 59.26, was sixth-fastest overall.

Peaty was already looking forward to the semi-finals.

"We're not going to get too complacent now," he said. "We're going to keep striving, keep pushing the boundaries."

Comments
Topics mentioned in this article
Olympics 2016 Swimming Olympics
Get the latest updates on Olympics 2020, Olympics 2020 Medal Tally, Live Cricket Score . Like us on Facebook or follow us on Twitter for more sports updates. You can also download the NDTV Cricket app for Android or iOS.