Michael Phelps was pipped by training partner Chase Kalisz Friday in the 200m butterfly at the Minneapolis Pro Swim meeting -- the second straight race that the Olympic superstar failed to top the podium. 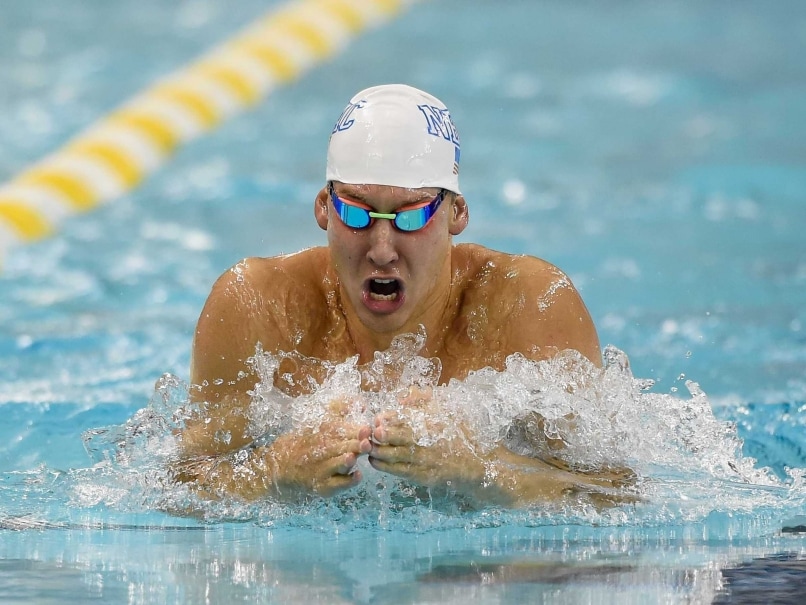 While the defeat followed Phelps's third-place finish in the 100m fly on Thursday, it's no cause for alarm as he's racing this week in the midst of intensive training. (Read More in Swimming)

In other finals on Friday, Missy Franklin won the 100m backstroke in 1:00.18 to end a victory drought that had stretched back to the NCAA collegiate championships in March.

Franklin won three events in that meeting, but hadn't won since turning pro immediately after.

Franklin, who won four gold medals at the 2012 Olympics and six at the 2013 worlds, admitted this week that the slump -- which included just a silver and bronze to show for four events at this year's World Championships -- was demoralizing.

But in her classic ebullient style she said she was embracing it as "an incredible growth experience" as she looks toward Rio.

Freestyle phenomenon Katie Ledecky continued her smooth build-up to the Olympics, winning the 400m freestyle in 4:02.67.

Ledecky, who set the world record of 3:59.13 at the World Championships in Kazan, Russia, in August, notched another time faster than that of the year's second-ranked performer -- Sharon van Rouwendaal of the Netherlands who clocked 4:03:02 at Kazan.