Sri Lanka vs India: Virat Kohli, Ravi Shastri And Others Cheer From Durham As India Win Thriller In Colombo. Watch

Sri Lanka vs India: Members of India's Test squad cheered for Team India from Durham as the Shikhar Dhawan-led side sealed the ODI series with a thrilling win over Sri Lanka 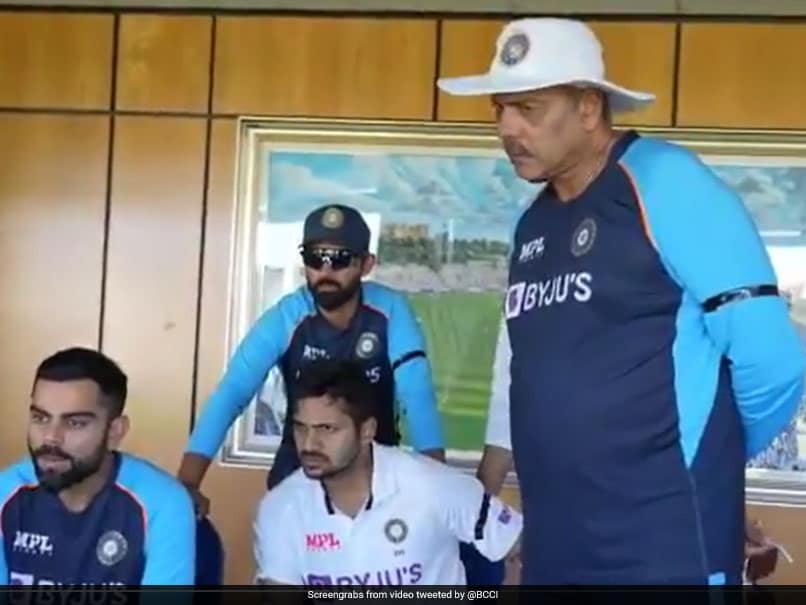 Virat Kohli, Ravi Shastri and others kept a close eye on the India-Sri Lanka ODI on Tuesday.© Twitter

Deepak Chahar scored his maiden half-century as India sealed the three-match One-Day International series against Sri Lankawith a thrilling win in the second game on Tuesday. Deepak Chahar's knock (69 not out) not only kept fans on the edge but he also managed to keep regular India skipper Virat Kohli, head coach Ravi Shastri and other members of the Test squad, who are in Durham preparing for the upcoming five-Test series against England, glued to the screen. The Board of Control for Cricket in India (BCCI) took to Twitter to share a video in which members of Team India were seen cheering for Dhawan's men during the 2nd ODI. "When #TeamIndia in Durham cheered for #TeamIndia in Colombo. From dressing room, dining room and on the bus, not a moment of this memorable win was missed. #SLvIND," the video was captioned.

From dressing room, dining room and on the bus, not a moment of this memorable win was missed. #SLvIND pic.twitter.com/IQt5xcpHnr

In the video, Kohli, Shastri, Ajinkya Rahane and Shardul Thakur can be seen discussing the India-Sri Lanka ODI while Ravichandran Ashwin was captured praising Deepak Chahar for his match-winning knock.

In the match, India, chasing a target of 276 runs, were in trouble after losing five wickets with just 116 runs on the board.

When Chahar came out to bat, India still needed 116 runs to win. He stitched a 33-run partnership with Krunal Pandya and then an unbeaten stand of 84 runs with Bhuvneshwar Kumar to seal the victory for the visitors.

Chahar, who had picked up two wickets in his 8-over spell earlier in the match, was adjudged player of the match for his all-round show.

Both teams will meet for the final ODI at the same venue on Friday.

Virat Kohli Deepak Chahar Sri Lanka vs India, 2021 Cricket
Get the latest updates on India vs South Africa and check out  Schedule, Results and Live Score. Like us on Facebook or follow us on Twitter for more sports updates. You can also download the NDTV Cricket app for Android or iOS.